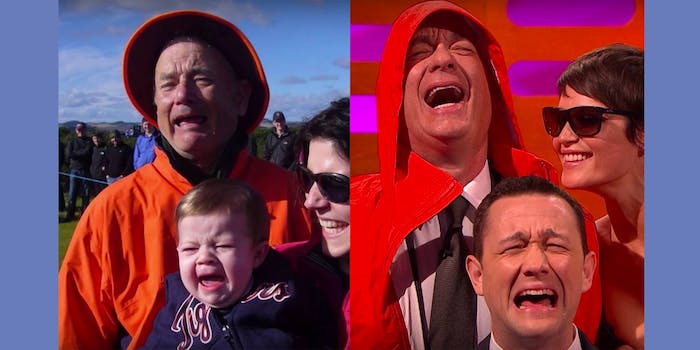 Screengrab via The Graham Norton Show/YouTube Remix by April Siese

He recreates the photo in the process.

A viral photo that quickly became the human version of the Dress has finally had its mystery put to rest.

This four-year-old photo of Bill Murray somehow perplexed the internet enough to evenly divide it. Some thought it wasn’t Murray crying with a kid but rather Tom Hanks.

Hanks addressed it on The Graham Norton Show last Friday. Turns out he wasn’t cosplaying as Murray in that photo, though Norton did insist on recreating it with Hanks as Murray, Joseph Gordon-Levitt as the baby, and  Gemma Arterton as the kid’s mom, truly the unsung hero of the photo.