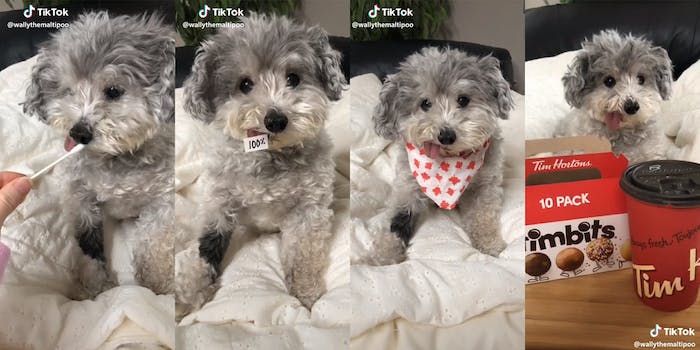 A Lizzo song is the soundtrack for the TikTok DNA test

Lizzo got in on the challenge, too.

A Lizzo song has launched a TikTok DNA test challenge.

The line “Just took a DNA test/turns out I’m 100 percent that bitch” from Lizzo’s “Truth Hurts” was the springboard for the challenge, in which users swab their mouths and then shout out their own DNA results. There are of course more stereotypical depictions of results, like a French woman holding bread and wine. Or a British man dancing with a Mr. Bean mask on.

Several users revealed that they are 100 percent “TikTokker.”

This is TikTok, so of course some users strayed away from the more traditional reveal.

There was a SpongeBob shoutout.

Lizzo even got in on the challenge herself last week, and her results were very Lizzo. (Complete with a sample from Chappelle’s Show.)

This appears to be one of the first iterations of the meme, according to Know Your Meme, which shows just how much it evolved over the last month.