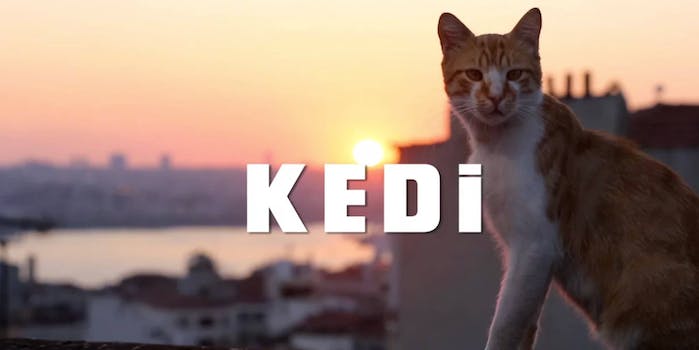 Kedi, a documentary chronicling the everyday lives of cats in and around Istanbul, stands as something far distinctive than the internet’s ample cat videos. Its newly released trailer allows audiences to step into the shoes (well, the paws) of seven Turkish cats: Sari (the hustler), Bengü (the lover), Psikopat (the psycho), Deniz (the social butterfly), Aslan Parçasi (the hunter), Duman (the gentleman), and Gamsiz (the player).

Director Ceyda Torun reveals not only the beauty of Turkey in this moving trailer, but also balances the relationship between animals, nature, and the bustle of a never-sleeping city. The cats are seen thriving together and apart as the film provides a rare, humanizing point of view from the eyes of these enchanting creatures. And even if you’re not a feline lover, these breathtaking sights will pull at your paws.