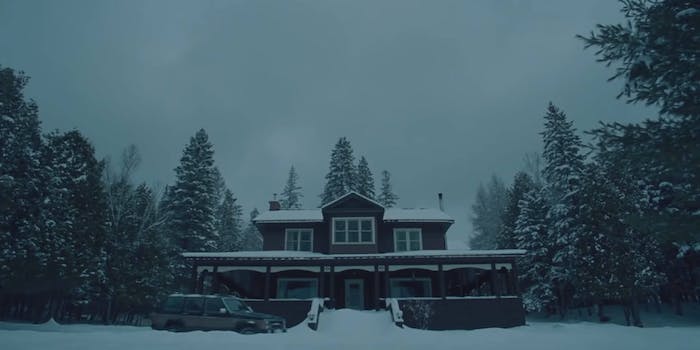 ‘The Lodge’ is the poster child for horror’s ableism problem

'The Lodge' demonizes mental illness, making the same mistake as countless other horror movies have since the dawn of the genre.

The horror genre has a long, storied history of exploiting disability and mental illness as tools to shock and discomfort audiences. From Norman Bates’ Dissociative Identity Disorder diagnosis in Psycho (1960) to Ruben, the disabled oracle in Midsommar (2019), horrors and thrillers have consistently dehumanized and misrepresented anyone who isn’t nondisabled or neurotypical. This year’s film festival darling, The Lodge, is no different.

RELEASE DATE: 2/7/2020
DIRECTORS: Veronika Franz and Severin Fiala
‘The Lodge’ a polished ‘cabin in the woods’ thriller, but it misguidedly frames mental illness as the true horror.

Directed by Veronika Franz and Severin Fiala, The Lodge is part quintessential “cabin in the woods” campfire tale, part Hereditary-esque family drama. It follows a dysfunctional family of four—Richard (Richard Armitage), father of Aiden (Jaeden Lieberher) and Mia (Lia McHugh), and his new fiancé Grace (Riley Keough)—as they vacation in a wintry log cabin. Richard wants his children to get to know and eventually accept Grace as a part of the family in the wake of his ex-wife Laura’s (Alicia Silverstone) departure. However, Richard ends up leaving Grace and the children alone in the lodge, and the three stowaways are subjected to a truly hellish few days of discord, isolation, and one eery anomaly after another.

At a cursory glance, it may be easy to dismiss any accusations of ableism due to the nature of The Lodge‘s antagonist—namely, there isn’t one. As the predicament of Grace, Aiden, and Mia’s entrapment in the lodge grows increasingly more unstable (their belongings disappear, they become cut off from the outside world, and they seemingly enter a state of limbo), the cause of these phenomena becomes more and more unclear. The film itself presents three possible “bad guys” as the story progresses.

The first potential villain is the supernatural, which manifests itself loosely in the disgruntled energies of Laura lingering around the cabin; the specter of Grace’s sinister, cult-leading, late father; religion, as depicted by Christian imagery in the lodge as well as the deadly Christian cult from Grace’s past; the dollhouse, which inexplicably reflects and predicts events unfolding in the lodge; and the laws of life and death being repeatedly upended. The children, Aiden and Mia, collectively make up the second possible enemy as multiple scenes hint at them taking advantage of Grace’s mental state to play cruel tricks on her. The third potential adversary, which is emphasized most heavily as the film draws to an end, is Grace herself—and The Lodge draws a direct line from her trauma-induced mental illness to her status as the impetus behind the lodge’s horrors.

The film deliberately leaves the question of its antagonist unanswered—which, while at first intriguing, ultimately translates to a whole lot of buildup with no real payoff. However, it doesn’t really matter. Regardless of whether or not Grace is actually guilty, her psychological struggles with her damaging past are consistently used to cultivate an atmosphere of fear. Aiden establishes her as a “psychopath” to be afraid of. Multiple shots of her reaching for pills are used not to show a natural and healthy reality of someone who needs medication but to underline the idea that Grace is not as stable as Richard thinks she is. She has flashbacks of her past while sleepwalking, but they make her loom ominously over the children’s beds. When everyone’s possessions vanish, she loses access to her meds and is portrayed as dangerous and unstable. “The mentally ill person was the real horror all along” is a trope as old as time, and a tired one at that.

As for the rest of the film, The Lodge‘s best feature by far was its actors. Keough, Lieberher, McHugh, and Armitage each delivered quietly magnetic performances that helped keep the somewhat lagging story afloat; while the film’s pace teetered occasionally between tastefully languid and a tad too slow, Keough’s portrayal of Grace was especially stunning and made the somewhat dragging plot worth it. Another saving grace was the truly glorious set design, the crowning jewel of which was the exquisite amount of detail lavished upon the lodge itself. Pacing aside, Franz and Fiala didn’t rely on tacky jump scares to cultivate the film’s chilling unease, allowing the film’s tangible tension to build organically.

The Lodge is a smart, genuinely interesting psychological and religious horror that’s just a few steps shy of greatness. Regrettably, it leans far too heavily on its “unseen enemy” gimmick that goes nowhere and falls into the rather uninteresting trap of “hysterical woman bad.” It’s high time for a genre limited only by the bounds of human imagination to cast aside such dated and ableist tropes once and for all.