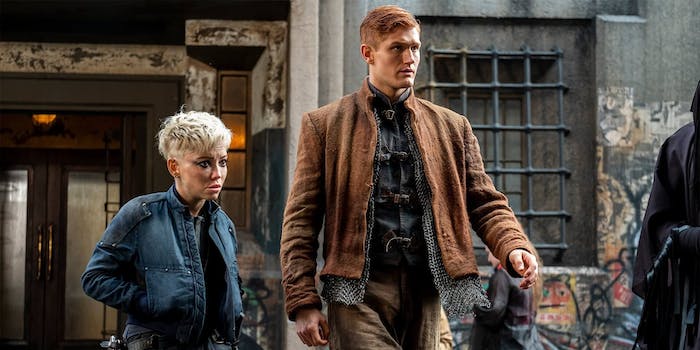 The new deal promises a faithful attitude to the source material.

There may be some new Terry Pratchett screen adaptations on the way—and they’ll be closer to his original vision than the upcoming BBC series The Watch.

Despite their massive popularity, Pratchett’s books have never received a big-budget adaptation in the way of fantasy novels by Neil Gaiman or George R.R. Martin. Previous Discworld adaptations were lightweight British made-for-TV movies or cartoon series back in the 1990s.

The Watch, which will air on BBC America this year, is the most high-profile screen adaptation to date, but it’s pretty controversial among Discworld fans—and, seemingly, among the people who actually control the rights to Pratchett’s work. While The Watch hasn’t actually aired yet, we know it takes a lot of creative liberties with the source material, following a grittier tone and changing the race or gender of several main characters.

Narrativia’s press release describes the deal as “exclusive,” announcing plans to develop “a series of prestige adaptations that remain absolutely faithful to Sir Terry Pratchett’s original, unique genius.” It looks like The Watch will be the first and last BBC production, but for many Discworld fans, this will be seen as good news. The announcement doesn’t specify which books will be adapted first.