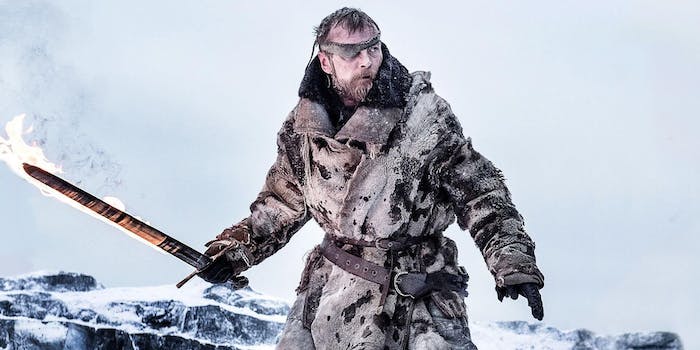 Game of Thrones fans will recognize Dormer as Beric Dondarrion, but he also has a long career on stage and screen, most recently starring in the arctic thriller Fortitude – also as a local police chief, albeit a much less likable one than Vimes.

Jo Eaton-Kent, a genderfluid actor, will play Constable Cheery, a forensics expert whose role in the Discworld universe is roughly analogous to being transgender. (This tweet from one of the writers suggests that The Watch will include more LGBTQ+ content than Pratchett’s novels.) Adam Hugill will play the heroic Captain Carrot, and Maltese actress Marama Corlett (The City and the City) will play the werewolf Angua. Lara Rossi will play Vimes’ wife Lady Sybil, and Sam Adewunmi plays the villain Carcer Dun, indicating that The Watch takes some inspiration from Night Watch, one of the most political of the Vimes novels.

While there have been several made-for-TV Discworld movies already, none of them fully captured the books’ combination of fantasy, humor, and dark political satire. The Watch may be a better fit for TV, because it can use the familiar framework of a police drama to explore the Discworld setting. The Watch novels are among the most popular of Pratchett’s sprawling Discworld universe, following Vimes’ career as the city evolves around him. With a realistic attitude to discrimination and corruption in law enforcement, they subvert a lot of gritty crime-fiction tropes, and parody everything from Sherlock Holmes to Les Miserables to real historical events.

Showrunner Simon Allen describes The Watch as “a hopeful show that believes it’s better to light a candle than curse the darkness.”