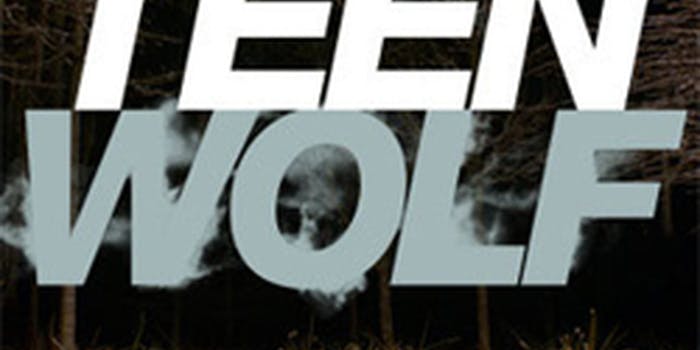 Online arguments about race in MTV's Teen Wolf have gotten so heated that show creator Jeff Davis deleted his Tumblr, but there may be something else driving all the drama.

A wank over race and romantic pairings, a showrunner flounce, and a Tumblr in shambles?

Earlier this week, Gawker reported a fandom controversy surrounding the popular MTV show Teen Wolf, and accusations of racism on the part of creator Jeff Davis. But many fans feel the whole argument boils down to a ship war that’s been conflated into a social justice issue.

Although Tyler Posey, who plays main character, Scott, is Latino, the main cast boasts only two other non-white actors (Colton Haynes, who is half-Cherokee, and Hawaiian Keahu Kahuanui). After an interview with After Elton in which Davis describes his goal of having more “representations of real life,” fans began pointing out that the show has yet to represent the few minority characters it does have.

Davis wasn’t prepared for the overwhelming skepticism Teen Wolf fans directed at him and each other when he responded to accusations of sidelining race. In what proved to be his only post before deleting his Tumblr and fleeing, he explained the difficulties of developing the role of [a character of color] whose actor’s availability is unknown to him. He also went on to sidestep the responsibility of dealing with “issues,” claiming, “There are far better writers out there like Aaron Sorkin, Shonda Rhimes, David E. Kelley, far more equipped to tackle those subjects.”

Yesterday, Racialicious dissected the problems with Davis’ post and the show itself. Consensus on Oh No They Didn’t was that he needed to try harder, though some pointed out the issues with fans criticising the main character for not being Latino enough.

It’s a running joke in Teen Wolf fandom that no one really likes Scott, and that fans are watching for the comic stylings of Dylan O’Brien—who plays his best friend, Stiles—and the brooding muscled werewolf Derek. But once debate began to rage about representation, the joke stopped being funny.

“Fandom hates Scott for a bunch of dubious as fuck reasons and chooses to elevate his white best friend as the better option, the one most deserving of main character status, the one whose narrative must be elevated above his brown bff,” seethed someotherchick.

Teen Wolf fans are hugely invested in Sterek—that is, the development of a potential relationship between Derek and Stiles—but is it worth having queer representation if it also means glorifying white narratives?

The question is nothing new to slash fans, who have been grappling with the infamous accusation that “slash is the sound of white men fucking” for years. And not all Sterek fans defend Davis’ stance on racism. But numerous fans who spoke to the Daily Dot felt that some of the loudest voices in the debate were motivated more by anti-ship sentiments than a real concern for equality.

“Of all the shows I watch, Teen Wolf is not the one I’d choose to complain about when it comes issues of casting and character diversity,” Teen Wolf fan HelloTailor, who recently blogged about the show’s progressiveness, told the Daily Dot.

“Obviously it’s not perfect, but Jeff Davis is the only American showrunner I can think of who explicitly states his desire to employ a diverse cast and include casual, non-stereotypical roles for LGBT characters.”

Davis is not the first to state a goal of trying to create a fictional utopia. But the stakes are higher when MTV embraces such a utopia as a way of finding its way back into the hearts of YouTube-loving teenagers. Where it leads, more studios could follow.

At least for some fans, Davis is already carrying out his vision. But, as many others point out, being gay-friendly doesn’t absolve the show of a responsibility to represent the world equally. As one fan put it, “Let’s be honest, Davis’s brand new TV world looks an awful lot like the old TV world when it comes to POC [person of color] characters.”