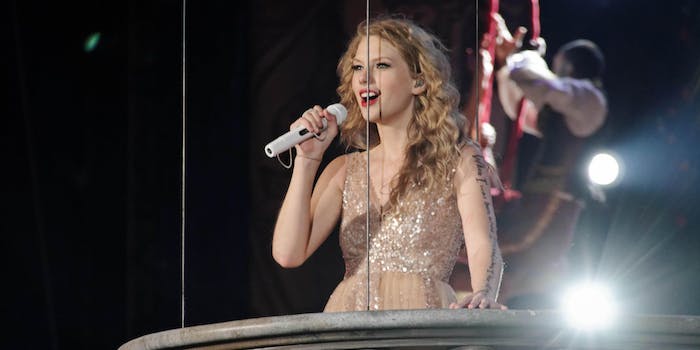 Taylor Swift announced that she became a godmother on Instagram

She'll have many lessons for her goddaughter about the haters.

Move over, Meredith and Olivia! Taylor Swift has a new bundle of joy in her life and it doesn’t shed!

On Sunday evening, actress Jaime King asked the singer to take on the most important role of her career and become godmother to her unborn second child. Overjoyed by the honor, Swift took to Instagram to share her new title by posting an adorable snap of her cupping the 35-year-old actress’ belly.

And @taylorswift will forever be looking over our new baby @kyle_newman -we all love you!!!! Xx

The announcement of Swift as godmother comes only weeks after King and husband Kyle Newman announced King’s second pregnancy via social media. After struggling with fertility issues for years, the couple was overjoyed to announce that they were expecting for a second time.

Let’s just hope that Swift is available to give rides to the birthing suite when this kid decides it’s ready to enter the world, because no mom should have to call an Uber to get to the hospital.