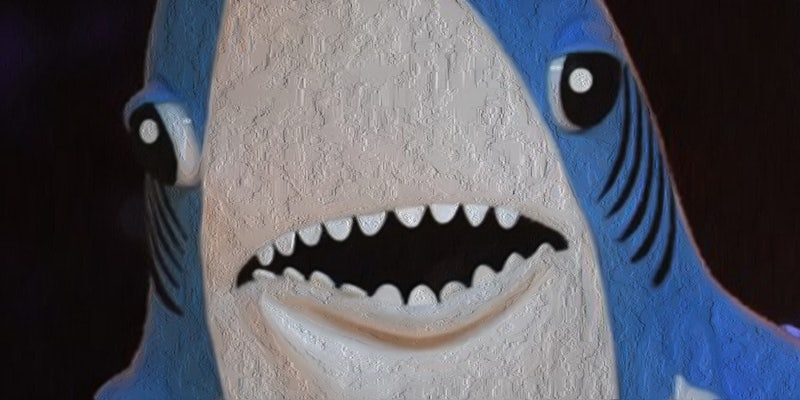 There were no Jets at the Super Bowl. There were only Sharks.

Who won the Super Bowl? It seems like a simple question. The New England Patriots won the big game. Or, at the very least, the ill-advised last-minute play of the Seattle Seahawks lost the Super Bowl.

Those are arguments one could make, but they’re objectively wrong. The correct answer is that Katy Perry‘s dancing sharks won the Super Bowl.

Perry, the halftime show’s controversial star, came out riding what looked like a giant metallic lion while dressed like she was about to fight in the Hunger Games. She danced with silver zebra people. She rapped with Missy Elliott atop of giant, psychedelic version of a Simon Says game. She flew through the sky on a “The More You Know” star. And Lenny Kravitz was there to let everyone know that, one time, he also kissed a girl and similarly found it quite pleasurable.

When Perry’s medley of her greatest hits took its inevitable trip through “Teenage Dream,” University of Phoenix Stadium was briefly turned into a California beach replete with cartoonish dancing versions of palm trees, surf boards, beach balls, and, yes, even sharks.

There was something about the sharks. Maybe it was the homemade feel of the costumes or possibly the dancers’ violent indifference to choreography. Whatever it was, people around the world connected to the sharks on a fundamental human level. Allowing those sharks to be at the Super Bowl was instantly the least objectionable thing the NFL has done in at least a year.

when ur at the aquarium and u give a shark a molly https://t.co/70dCSQfcbE

When you have that dream where you're naked in front of the whole shark school pic.twitter.com/kBVZLlLT46

People inserted the sharks into every corner of popular culture imaginable, in an innocent hope that the sharks’ inherent goodness and purity would rub off, replacing the world’s mean-spirited callowness with open-hearted sincerity.

People looked deeply into the sharks’ eyes and searched for the meaning they were unable to find when gazing into a mirror.

@suesmith666 I know, I was thinking of my dead mother who starred in Jaws to pay for my dance training

People used the sharks as proof that Back to the Future, Part II is the most accurate cinematic vision of the future ever imagined.

Actor Verne Troyer jumped in to insist that he wore it better. 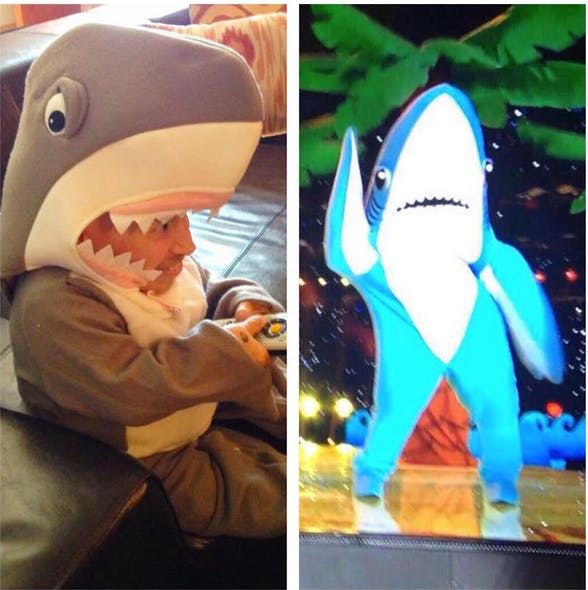 But, who are the sharks? What are their life stories? What are their hopes, dreams, and fears? Do they love? Can they love? Can any of us truly love? What is love? Is it possible to embark on a serious and sober-minded moral calculus such that we can accurately determine which of the two sharks best represents us? Or is that sort of objective labeling only possible with emotional distance that comes from a Buzzfeed quiz?

More importantly, was Snoop Dogg being serious when he said he was one of the sharks or was Snoop lyin’?

If you were wondering that was me in tha Shark costume !!

According to Reddit‘s Super Bowl super sleuths, these are the two heroes who were inside those shark costumes and therefore inside all of our hearts.

God bless you, dancing sharks. You have truly earned the gratitude of a grateful nation.