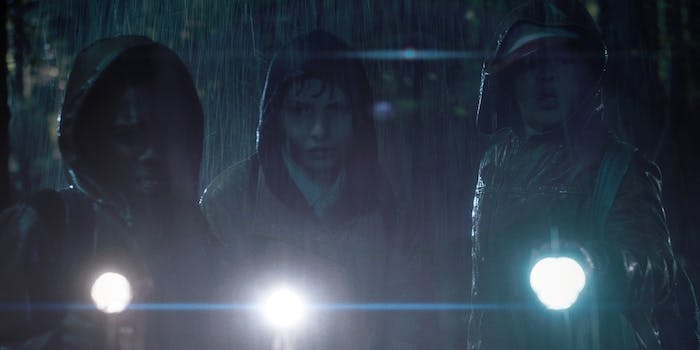 Supercut shows just how indebted ‘Stranger Things’ is to ‘E.T.’

Stranger Things’s network of influences is vast, from its plodding, Carpenter-esque theme song (courtesy of Austin band Survive) to its focus on kids with special powers and shadowy government experiments in small-town America. The Goonies, E.T., and Stand By Me all get nods, but there are more obscure homages buried deep in these woods.

Vimeo user Ulysse Thevenon edited together clips from the series and various ‘70s and ‘80s films it mirrors. E.T. is the most major influence, but it also spotlights the 1985 film Explorers, starring a young Ethan Hawke, and The Shining.

There’s also a bit of 2014’s Under the Skin in the scenes where Eleven is dropped into the sensory depravation machine, and 1986’s Night of the Creeps in the show’s final oh-shit episode. The comment section of the clip has a wealth of other observations as well. Time to go down the rabbit hole.