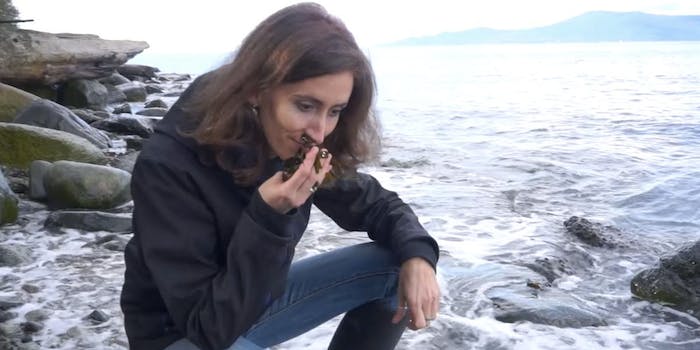 Telus, a Canadian telecommunications provider, is the guiding force behind Storyhive, an incubator project that acts as an accelerator for video creators in the provinces of Alberta and British Columbia.

This latest effort is a competition for webseries authors to pitch their ideas, with 30 winners (15 from each province) getting $10,000 apiece to create pilots with a March 2015 deadline. Finalists were chosen Monday, and two winners will be selected from that group to receive $50,000 and deliver a full webseries.

Part of Telus’ mission, mandated by the Canadian government, is to provide public service to its subscribers in a meaningful way. Prem Gill, director of programming and original production for Telus content solutions, told the Daily Dot that the company views Storyhive as more than just a public service.

“We see Storyhive as a way to engage the creative community by providing a vehicle to pitch ideas to the community and let the crowd choose the winners,” she said. For the final selections, the crowd will have input with a jury of Canadian video professionals making the final decision. The winning series are then shown on Telus’ video-on-demand channel, Optik, as well as via the Web on YouTube.

Gill said the incubator does more than just hand 30 talented writers and directors funds to create their pilots. Telus offers half-day workshops and access to established video writers, editors, and directors to act as mentors. Storyhive projects rotate in theme with short films being the category that preceded webseries. “We change things up in order to avoid category fatigue,” she noted.

Directly Affected: Where We Live: A documentary series about the impact of oil pipelines on the British Columbia environment.

Greenish: A comedy series where an environmentalist squares off against her conservative ex.

Dismantled: A handicapped man goes to extreme measures to survive.

Found + Foraged: A food show about how to successfully forage for food on the BC coast.

Shy Guys: A heartfelt examination of what it like to be shy in a fast-paced society.

Silk: A sci-fi series about a young sculptor with superhuman powers.

Under Construction: A comedy featuring a young woman who is a flagger on a road crew and wants better things in her life.

We Ah Wiss: Ruminations brought back to life from the First Nations culture.

My Grade 8 Diary: A comedy about a 27-year-old woman who loses her memory after getting hit by a bagel truck.

Sold: A real estate agent who specializes in selling spooky and haunted houses.

Hand Crafted: Profiles of local entrepreneurs who deploy old-school ways of going about their crafts.

Hunt for Joy: A woman who breaks away from an abusive relationship is thrown into a confusing urban setting.

Hug-O-Gram: A man who has the job of delivering hugs to those in need.

The Owners: A cabin in the woods holds a mysterious television that has mystical powers.

Nine Lives: A true story about a 2006 series of cat murders.

Lost Boys: A  team of volunteers is dropped into a community to create sustainable projects.

Necessary Evil: With hell as a backdrop, one man is faced with making difficult ethical choices.

Food for Thought: The growth of a small community farm in Edmonton.

Uni-Farm: A futuristic thriller about the evils of bioengineering in the world of farming.

Father Robin Hood: A father takes drastic steps to support his family living on the streets.

Press Pause: High schoolers are shaken when one of their own is struck by an early case of Parkinson’s Disease.

Straight to Video: A video store owner is forced to use his knowledge of B movies to escape danger.

TCK: A food series that looks at the ecosystems that deliver goods to our kitchens and tables.

Top Monster: A group of monsters compete to determine which one can go back to human form.

AN.X.O:  A guardian angel has super powers to help those in need.

The Exhibition: An animated science fiction anthology of strange people in strange worlds.

Shift: A young woman on an adventure to find meaning in her life helps others live a simpler existence.