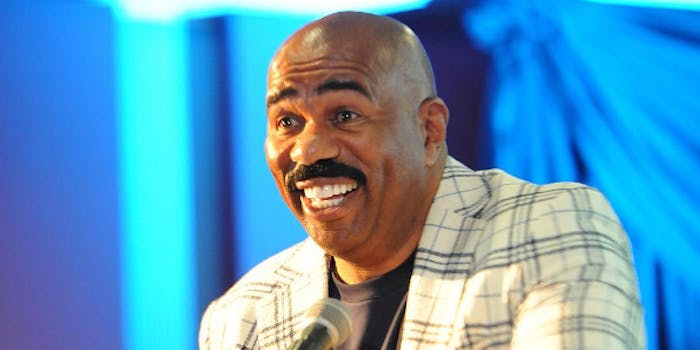 Do NOT approach him in the hall.

Steve Harvey apparently sent a staff-wide email at the beginning of this season of the Steve Harvey Show, warning his entire team to leave him alone in the hallways and to never open his dressing room door.

The memo only surfaced after news broke that Harvey is moving the show from Chicago to Los Angeles in the fall and sacked his entire Chicago team. Judging by the tone of his intra-office correspondence, though, it’s tough to say how many staffers would have wanted to make the move with him anyway.

Taping for the show’s fifth and final Chicago season ends this week, and a local media blog printed the full email Wednesday. It includes stipulations like, “Do not come to my dressing room unless invited… Do not approach me while I’m in the makeup chair unless I ask to speak with you directly” and “Do not take offense to the new way of doing business.” You know, normal boss requests.

Here is the message in full:

This email that Steve Harvey sent to his staff……https://t.co/GGsIow0Z3i pic.twitter.com/34l3SX4NEo

It’s definitely the kind of f-you message plenty of people probably wish they could write to their whole office. Most of them just wouldn’t, you know, hit send.