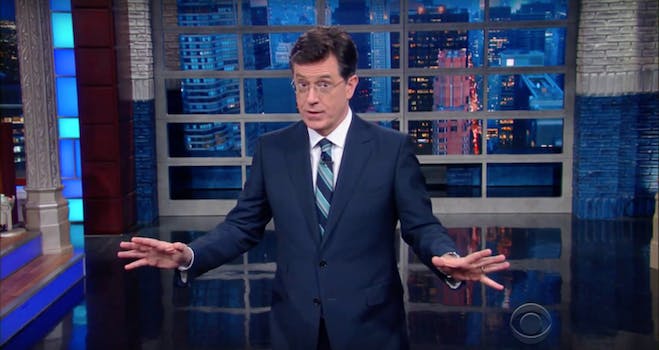 Stephen Colbert has a message for the politicians in states like North Carolina who want to dictate which bathrooms transgender people can use.

In the wake of calls for a boycott of Target due to its inclusive bathroom policy, the Late Show host mocked conservative attempts to limit transgender people’s bathroom use in his signature style: by laying out his own bathroom policy and railing against the small talk that too often accompanies public bathroom use.

Colbert’s point was clear: Sure, he doesn’t want to talk to anyone, shake anyone’s hand, or share a urinal if he doesn’t have to. But he doesn’t care which bathroom people use, as long as it’s right for them.

“And to all those lawmakers out there who are so obsessed with who’s using what bathroom and what plumbing they’ve got downtown,” Colbert said, “Newsflash: you’re the weirdos.”