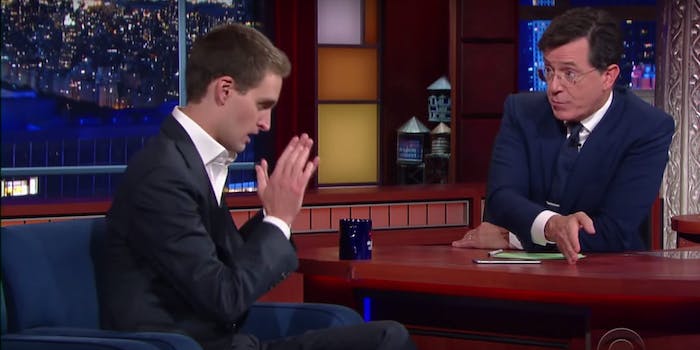 Snapchat's founder is convinced the app is the perfect medium for presidential election coverage.

The app’s hugely popular barfing-rainbow selfie lens has already been mothballed, but its legacy endures. Colbert managed to dig up barfing rainbow snaps of all the major presidential candidates, allowing the conversation to segue neatly into Snapchat’s Live Story function.

Spiegel touted Snapchat as an ideal way to experience the 2016 election, as it allows users to live-snap political events like debates from their own perspective.