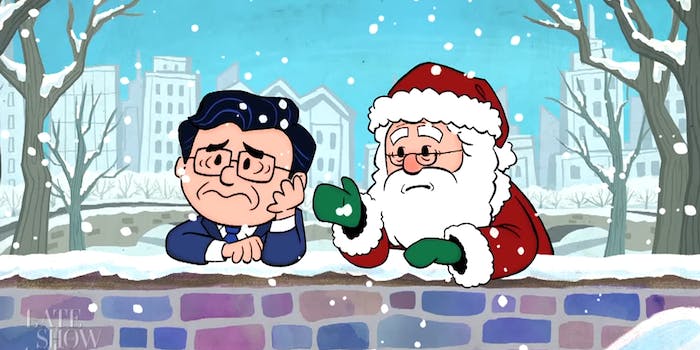 Photo via The Late Show with Stephen Colbert

Stephen Colbert got a rude awakening from Santa.

Christmas Time is here, but Stephen Colbert isn’t feeling any happiness and cheer.

He’s so glum about the election more than a month after it ended that he’s now embodying A Charlie Brown Christmas’ titular character in full animation mode to mope. Only this time, an old friend who encounters him on a bridge can’t help him out: Santa, who’s an American, voted for Donald Trump too, because it’s all the Donald wanted for Christmas—and he’s really counting on the coal industry being saved.