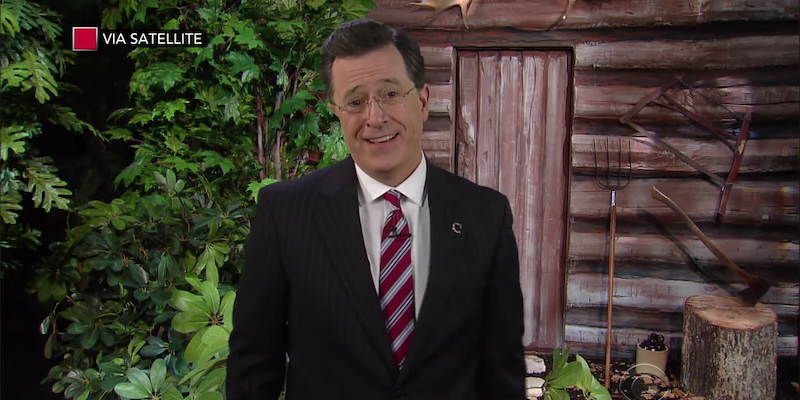 ‘Oh God, is this really happening?’

The right-wing character Stephen Colbert perfected for years returned to The Late Show to pay a mocking tribute to one of the pundits who inspired it.

Talking about Bill O’Reilly’s firing at Fox over multiple allegations of sexual harassment, Colbert acknowledged their connection; he often referred to O’Reilly as “Papa Bear.” Colbert wouldn’t gloat—on camera, that is—but he called the former host “a self-righteous landfill of angry garbage” and sent it off to “Stephen Colbert,” the identical twin cousin of his Colbert Report personality and O’Reilly’s biggest fan.

He’s not surprised it came down to this and even offers O’Reilly a place at the mountain cabin he inhabits with Jon Stewart. But soon enough he’s overcome with emotions for Papa Bear.

As the real Colbert pointed out, there’s still an alleged sexual harasser appearing on TV in the wake of O’Reilly’s absence. And he’s got a much bigger platform than O’Reilly ever had.