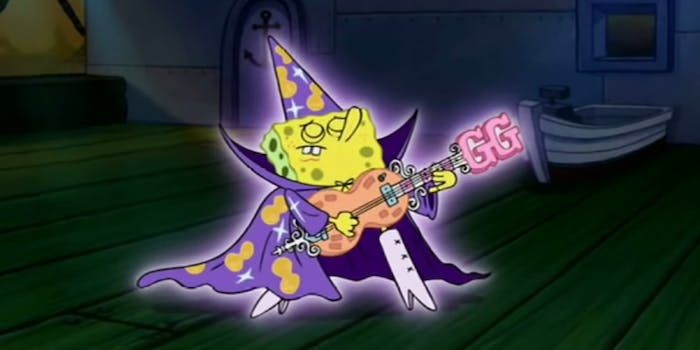 SpongeBob Squarepants fans across the internet were devastated to learn this week about the death of show creator Stephen Hillenberg. More than 100,000 of them are asking for a special tribute.

A petition circulating on Change.org on Friday called for a performance of “Sweet Victory” to be played during the 2019 NFL Super Bowl Halftime show. The song was featured in season 2 episode “Band Geeks,” which has a memorable halftime performance scene at the fictional Bubble Bowl. David Glen Eisley performed as SpongeBob.

“As some of you may or may not know, Stephen Hillenburg—the creator of SpongeBob Squarepants—has passed away recently,” says the petition page, created by fan Isreal Colunga. “As a tribute to his legacy, his contributions to a generation of children, and to truly showcase the greatness of this song, we call for ‘Sweet Victory’ to be performed at the Halftime Show.”

By the time of writing, more than 100,000 people had signed the petition. Maroon 5 is already set to play the Super Bowl Halftime performance on Feb. 3. But as Vice quipped, perhaps the viral request will make Adam Levine consider working in a few lines of “Sweet Victory” to his set.

Hillenberg died at the age of 57 following complications with neurodegenerative disease ALS, which he was diagnosed with last year.