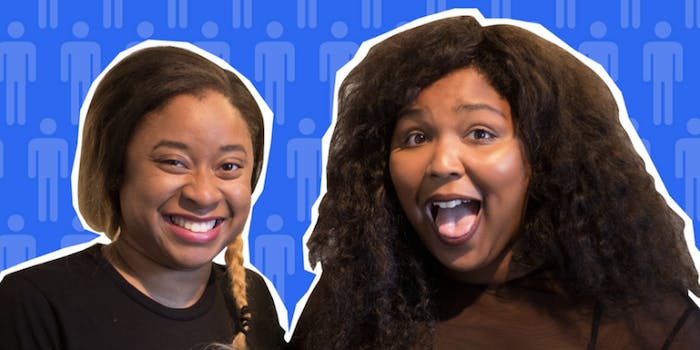 Phoebe Robinson’s ‘Sooo Many White Guys’ spotlights everything but

Don't be fooled by the title.

In the inaugural episode of WNYC’s Sooo Many White Guys podcast, host Phoebe Robinson asks guest Lizzo about her hair. What style is she going for these days?

Robinson, whose soon-to-be-released memoir is entitled You Can’t Touch My Hair, is asking a question that is both casual and deeply serious. Without missing a beat, Lizzo replies, “I’m keeping it brown as fuck.”

It’s a moment that encapsulates the podcast perfectly: candid, humorous, and unabashedly political.

Don’t be fooled by the tongue-in-cheek title: The podcast features comedians, performers, and social justice activists who are everything but white dudes. Well, there is one token white guy. But that’s it. Robinson promises.

Robinson, who co-hosts 2 Dope Queens with fellow comedian Jessica Williams, explained in a press release that this new podcast is an exciting opportunity to continue her departure from the typical whiteness of popular culture:

“Coming from a comedy background where cis, straight white dudes are the norm and everyone else is the ‘other’ or the token, it feels great to flip that and have the majority of the guests on SMWG be women, people of color, and LGBTQ+ folks and not reduce them to what they identify as on a census form.”

While 2 Dope Queens features comedy sets from Robinson and Williams’ live show of the same name, Sooo Many White Guys is an interview-style podcast. The format allows for intimacy and depth as Robinson’s guests share their diverse experiences and stories. She’s interviewed trans rights activist and founder of the #girlslikeus project Janet Mock and Broad City’s Ilana Glazer, who also happens to executive produce the podcast.

Robinson delights in conversations that toe the line between playful banter and probing discussion. She greets Lizzo with the warmth of an old friend, but is quick to point to a tweet about race that resonated with her, in the wake of the deaths of Alton Sterling and Philando Castile.

I've literally never felt more helpless in my entire black life. If you ever say "don't make it about race" to me delete my number.

When Robinson asks Lizzo to elaborate, the singer explains that the tweet came from a real-life conversation where she was asked not to “make it about race.”

“It’s the most dismissive thing to say to somebody,” says Lizzo. “It’s just as bad as ‘Oh, she must be on her period.’ It’s discarding any type of gravity or reality or perspective that I might have.”

Robinson and Lizzo also discuss self-care. How does she care for herself in a world where such shocking and violent news arrives on a daily basis? Lizzo’s frank and disarming reply is that her self-care requires alone time, but alone time leads her to think on the most upsetting events, creating a difficult cycle.

In the rare moments when she manages to decompress, Lizzo reflects that she often feels guilty: “Am I really on Snapchat?… Like, ‘You’re happy right now?’ Those little moments of joy kind of get taken away from me because I feel so guilty for enjoying anything right now.”

And yet, the podcast is resoundingly joyful. Robinson’s playful enthusiasm and wit create a show that is richly textured and thoughtful. When Robinson interviews Glazer, the highlight is a discussion of “pink dick.” “That’s the one dick you can call by its color, and it’s like fine with everybody,” muses Glazer.

Sooo Many White Guys is never didactic or heavy-handed. Instead, it’s an exuberant exploration of comedy, creativity, and what it might be like to live in world where the key voices no longer belong to white dudes.

New episodes of Sooo Many White Guys are available on iTunes and WNYC’s website each Tuesday through Aug. 30.