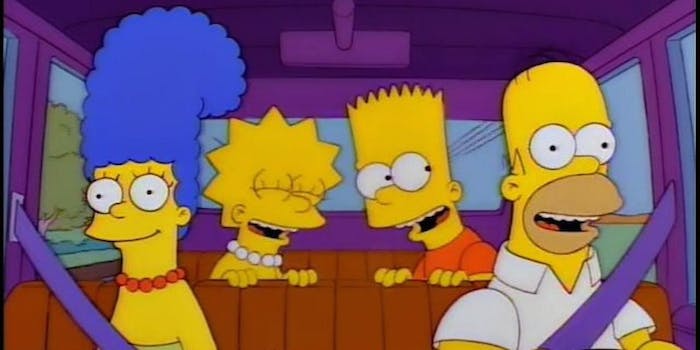 If you’ve been scouring Tumblr and Google for your The Simpsons reaction shots all these years, life is about to get a lot easier.

Buddies Sean Schulte, Paul Kehrer, and Allie Young have developed a search engine that allows you to search any quote from the first 15 seasons of the show and pair it with the corresponding screenshot. It’s called the Frinkiac (named after Springfield’s Professor Frink), and it draws from a library of over 3 million searchable screengrabs to let you pick the exact moment you’re thinking of.

But that’s not all! Once you’ve found the perfect frame from the scene you’re thinking of, they give you the option to throw a caption on top in the signature Simpsons font.

So let’s say you’re looking for Martin exclaiming, “I’ll be the queen of summertime!” while standing next to his new aboveground pool. You just pop “queen of summertime” into the search bar, hit enter, and bam! You’re greeted by a bunch of frames from that scene. From there, you select your fave, click it, and are greeted with all of the information you could possibly want: season number, episode number, the timestamp where the quote occurs, and the actual transcription of the quote.

All that’s left to do is hit “Make Meme” and throw your caption on top. After that, you’re free to drag the results to your desktop and share however you see fit.