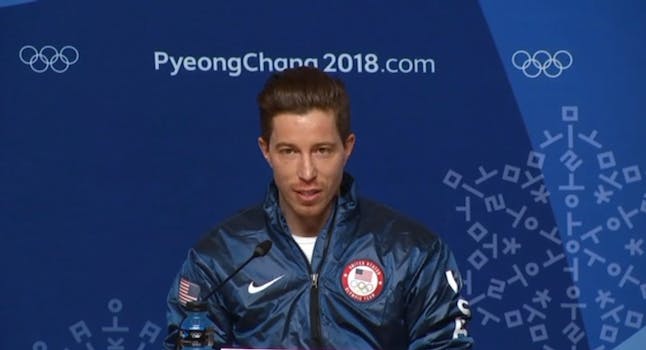 The Olympian downplayed it as 'gossip.'

Competing in his fourth Winter Olympics on Tuesday and with his back against the wall, Shaun White completed a mind-bending halfpipe run to win his third gold medal, but the glory came amid controversy

White, 31, earned the right to go last in the event based on his score in the qualifying round. That ultimately resulted in a dramatic finale, with White having one last attempt to top 19-year-old Japanese prodigy Ayumu Hirano. To do so, he had to match Hirano’s ridiculous back-to-back 1440s—and then some. White delivered, scoring a near-perfect 97.75.

“I watched these guys do amazing runs and it fired me up,” White told the New York Times. His winning run included the same moves that required 62 stitches to heal a gash following a recent practice.

Shaun White just called the awful allegations against him “gossip” in a press conference where no woman journalist was called upon even though several, including me, had their hand up the entire time. #MeToo

Shaun White is a flawed champion. NBC turned him into a faultless snow god: https://t.co/pJq5z7rTpH pic.twitter.com/Z1NiGWLrKP

When asked in Pyeongchang about it, White wrote it off as “gossip.”