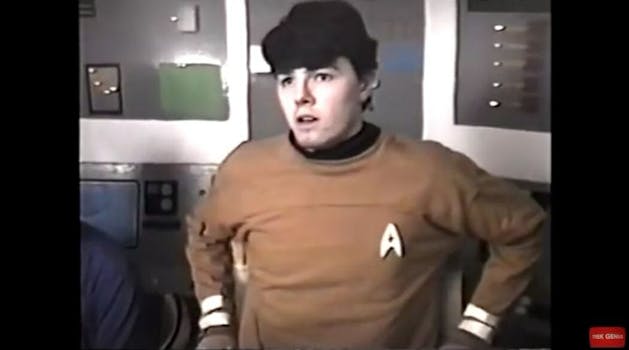 Check out his Shatner impression.

Seth MacFarlane loves Star Trek. Five years ago, MacFarlane said he’d like to end Family Guy and reboot the long-running sci-fi series for TV, and recently, his Star Trek parody, The Orville, was renewed for a second season on Fox.

But if you needed proof that MacFarlane has been a huge Star Trek fan since he was a kid, this video recently appeared on YouTube, showing a teenaged MacFarlane nerding out with some of his buddies.

According to the TrekGenius News ertainment YouTube page, this was shot when MacFarlane was 14 or 15 years old, and it features plenty of camera-jostling, dramatic acting, and some big-ass Spock ears.

What the video lacks in special effects is made up for by MacFarlane’s enthusiasm at participating in the video, particularly when it comes to his William Shatner impression. Luckily, the Star Trek production that MacFarlane now stars in is a little better than his teenaged fantasy.

It’s the epic season finale of THE ORVILLE – tonight at 9/8c on Fox! pic.twitter.com/IBSozQfnDw