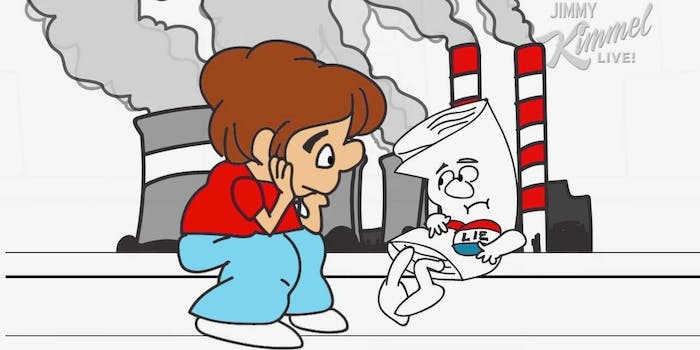 Jimmy Kimmel is giving a classic Schoolhouse Rock tune on how a bill becomes a law a fitting facelift for the Trump administration.

Instead of a bill—or an executive order, as Saturday Night Live parodied a few years ago—that innocuous piece of paper is now a fresh lie that prays it’ll one day become true. Coming straight from the mind of Donald Trump, it just wants to make him happy. It might be unpleasant, but eventually it believes that people won’t be able to tell the difference between facts and lies.

“You see, not everybody has to believe a lie, only enough to make me a debate,” it says, pointing to climate change.