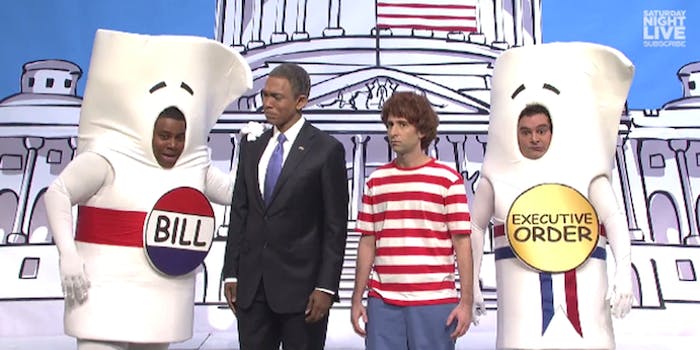 This clears things up.

Still not sure what President Obama‘s executive order in regard to his immigration bill means? Let Saturday Night Live explain it to you.

Last night’s cold open featured a spoof of Schoolhouse Rock!‘s “I’m Just a Bill,” in which a bill attempts to explain to a young boy how he’s passed. That is, until Obama pushes him down the steps of Capitol Hill and an executive order shows up, smoking a cigarette.

“I’m an executive order, and I pretty much just happen,” he sings.

Then, the executive order actually reads itself.

It’s good to see SNL getting back into political satire again.