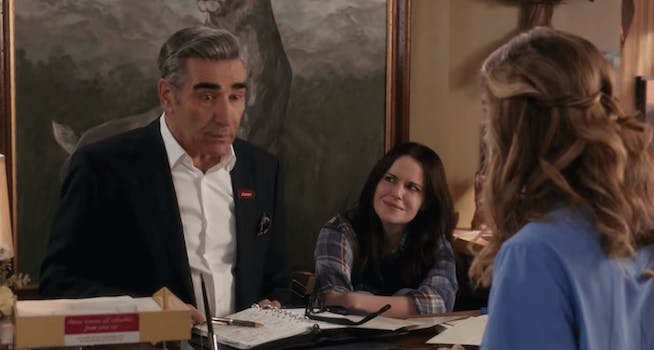 Don't have a Netflix subscription? Here are all the other ways to watch.

The fifth season of Schitt’s Creek dropped on Netflix Thursday, Oct. 10. The first four seasons of the Canadian sensation have been streaming there for a while, and now fans can catch up ahead of the show’s sixth and final season.

Though the series has been a favorite among comedy fans for years, Schitt’s Creek finally received critical acclaim with Emmy recognition this year. The series garnered four Primetime Emmy nominations, including one for Outstanding Comedy Series as well as acting nods for Catherine O’Hara and Eugene Levy.

The series follows the exploits of a wealthy family who lose their fortune and are forced to live in a small town they bought as a gag. Schitt’s Creek was co-created by Levy along with his son Daniel Levy, who also stars in the series.

Just after the New Year on Jan. 7, 2020, the sixth and final season of Schitt’s Creek will premiere on Pop TV.