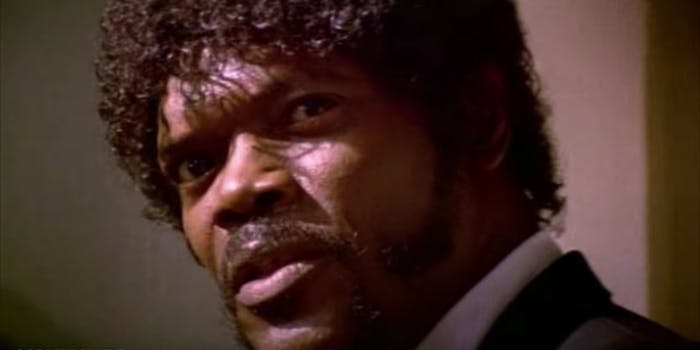 Voting and fulfilling your civic duties is a strong way to exact “great vengeance and furious anger” upon the current administration—just take it from the righteous Pulp Fiction reciter himself, Samuel L. Jackson.

In a new radio advertisement for Georgia’s special congressional election next Tuesday, the actor is urging voters to stop President Donald Trump and cast their ballots for the Democratic Party—specifically for Democrat Jon Ossoff—as a way to keep the president in check.

“What can you do? Go vote. Your vote goes a long way toward setting things right in this country. Vote for the Democratic party. Stop Donald Trump, the man who encourages racial and religious discrimination and sexism,” Jackson says in the ad. “Remember what happened the last time people stayed home: We got stuck with Trump.”

“We have to channel the great vengeance and furious anger we have for this administration into votes at the ballot box,” Jackson says.

Listen to the ad and watch one of Jackson’s recitations below: