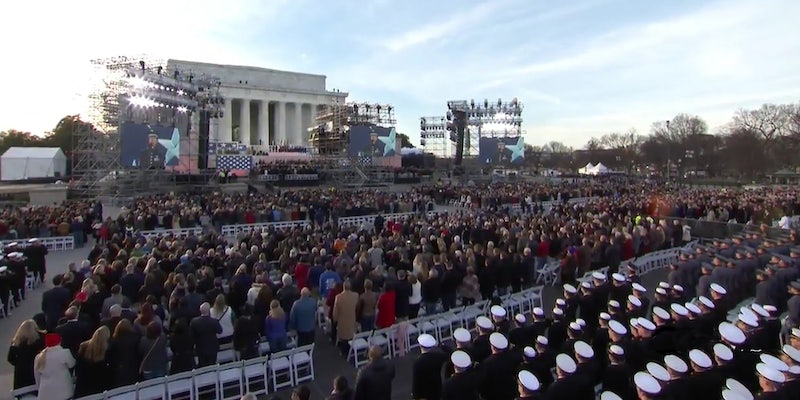 President-elect Donald Trump walked out Thursday evening to the Rolling Stones’s “Heart of Stone,” and things went accordingly from there.

The “Make America Great Again Welcome Celebration” concert saw performances from 3 Doors Down and Toby Keith, but it was perhaps the lesser-known acts that made our Twitter fingers itchy.

Like the YouTube-famous Piano Guys, who tried to assure us it’s going to be OK.

"And now The Piano Guys will play songs from the artists who refused to show up to this…" #LincolnMemorial pic.twitter.com/mKDre7hEOQ

I'm so relieved this is a "traditional American" ceremony. pic.twitter.com/Q9050zXmvA

But yes, 3 Doors Down did “Kryptonite” and that other song you kinda sorta know.

3 Doors Down is where Melania sleeps

But the highlight is probably this beautiful Smash Mouth troll: