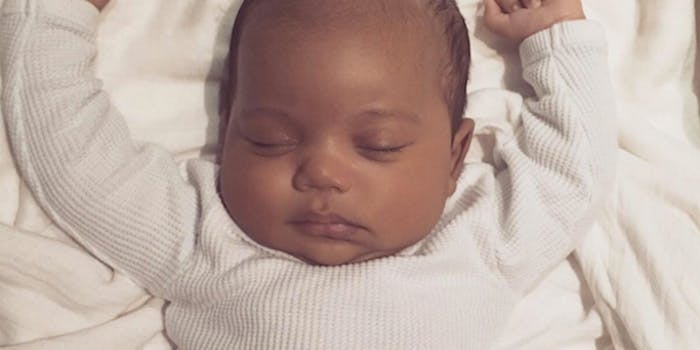 After teasing us with a photo of her newborn son’s hand earlier this year, Kim Kardashian Instagrammed the first official photo of Saint West on Monday morning.

In a post on her app and website, Kardashian explained that she shared the picture to honor the memory of her father, the late Robert Kardashian, Sr.

“Today is my dad’s birthday,” Kim wrote, according to People. “I know there’s nothing more in the world he would have wanted than to meet his grandchildren. So I wanted to share this pic of Saint with you all.”