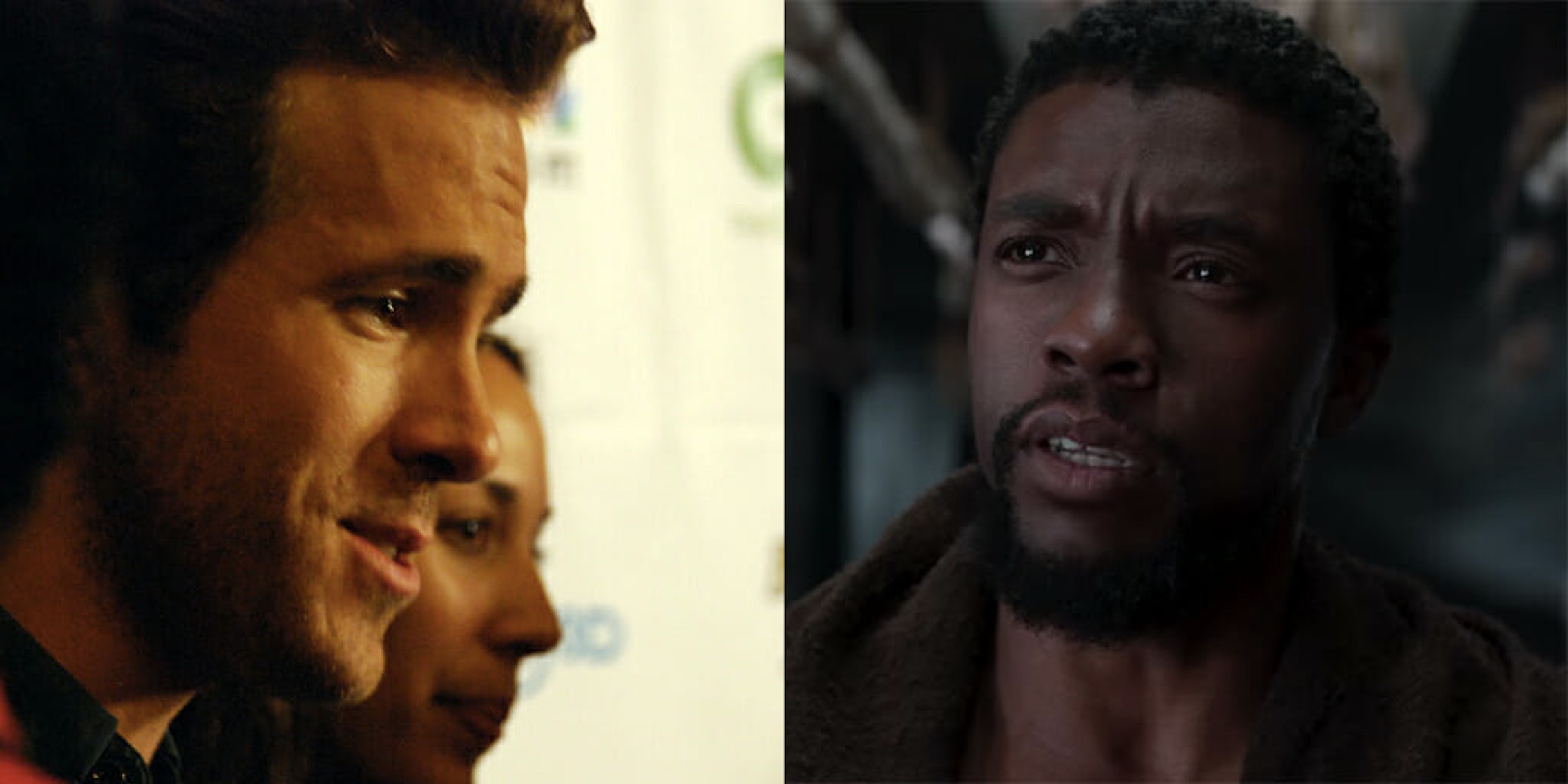 Oh, that's not a good look.

Almost nothing can stop the enthusiastic party vibe for Black Panther this weekend—except maybe a little hypocrisy.

Ryan Coogler’s Marvel blockbuster has received an outpouring of positive reviews from fans and press alike, and it’s on pace to crush records both for box office returns and for critics’ positive reviews on Rotten Tomatoes. Everybody seems to have something great to say about our new hero from Wakanda, including fellow Marvel star Ryan Reynolds, who plays Deadpool elsewhere in the Marvel Cinematic Universe.

BELIEVE. THE. HYPE. All hail the king #WakandaForever pic.twitter.com/qENThMS9qU

But Reynolds’ all-caps endorsement of Black Panther got the wind knocked out of it somewhat by a few sharp Twitter users who pointed out the hypocrisy of cheering for a groundbreaking film for Black actors after having gotten married on a plantation in the Deep South.

u got married on a plantation https://t.co/b0SJv7EzS4

You don’t think it’s even a little fucked up to be all “Wakanda forever” when you literally got married standing on dust from the bones of murdered slaves?

It’s not the first time Ryan Reynolds and Blake Lively’s wedding venue has raised an eyebrow. The two married in September 2012 at the Boone Hall Plantation in Charleston, South Carolina. Critics found it distasteful that a couple of rich white folks could throw a fancy wedding bash on the site of a former slave property, while others defended the property as a lovely piece of Southern scenery that’s moved beyond its Civil War–era past and said it wasn’t Reynolds’ or Lively’s intent to try to whitewash that history.

Reynolds has not yet responded to the Twitter replies about his wedding, and it’s unlikely he will: He and Lively kept their ceremony a secret from the world, with only 30-odd guests reported in attendance and still very few photos from the big day. Besides, he’ll probably need to save his energy to respond to all the fans who are frothing at the mouth for a Deadpool/Black Panther crossover instead.

We’ll update this article if either response happens.