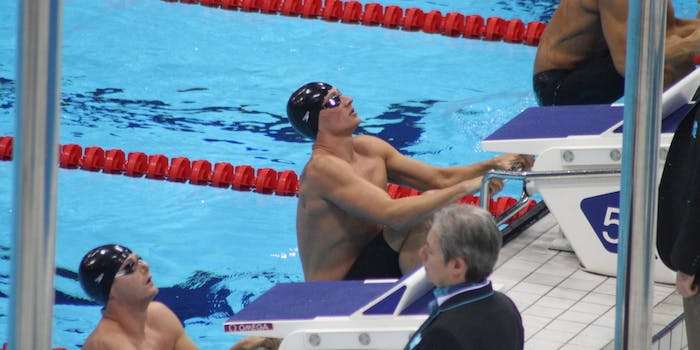 Investigators reveal a very different story than the one that first emerged.

U.S. Olympic swimmer Ryan Lochte made up a story about him and three other U.S. swimmers being robbed at gunpoint in Rio de Janeiro over the weekend after the story garnered international headlines, Brazilian investigators told the Associated Press.

Lochte’s teammates are cooperating with Brazilian police and have claimed that Lochte fabricated the robbery story.

According to the investigator, Lochte, Jack Conger, Gunnar Bentz, and Jimmy Feigen—who are all on the U.S. men’s swimming team, broke a bathroom door at a gas station located in Barra da Tijuca, a Rio suburb, when they couldn’t open it. They were confronted by a security guard and after a gas station manager asked them to pay for the damage, the swimmers gave an undetermined amount of money.

The new report vastly contradicts previous interviews Lochte gave on the subject, which he first gave to NBC’s Billy Bush on Sunday. At the time, Lochte originally said that men who had a police badge pulled him and his teammates over, demanded their wallets, and put a gun barrel to Lochte’s head before he complied. They didn’t initially make a report because they didn’t want to get into trouble.

The International Olympic Committee (IOC) initially denied those reports but later amended statements on the matter. The USOC later confirmed those reports.

Reports on crime rates and disgruntled cops circulated prior to the Rio Olympics, and first glance it might’ve looked like another disaster for an Olympic games full of them. But soon police and conflicting reports began to cast doubt on the story.

The Daily Mail published surveillance video of the athletes returning to the Olympic village appearing to look unconcerned, and video of the gas station door being ripped off also surfaced. A Brazilian judge ordered their passports to be seized—but Lochte had already left the country. Conger and Bentz were removed from their plane flying back to the U.S., and the USOC has pledged to cooperate with authorities.

In a statement, IOC spokesman Mario Andrada said that “They had fun, they made a mistake, life goes on.”

On Twitter, critics wrote off this situation as white privilege. And along the way, people made plenty of jokes about what’s being dubbed “LochteGate.”

Internet, I demand a photo of Ryan Lochte looking stupid and the words “Everybody Loves Lochte!” done up like a bad 80s sitcom title.

Disappointed we chose #LochteGate instead of #LochMess. We had a chance to do something really great there, & we blew it.

Update 4:51pm CT, Aug. 18: Lochte and Feigen have been indicted by Rio de Janeiro authorities for falsely reporting a crime, according to ABC News.