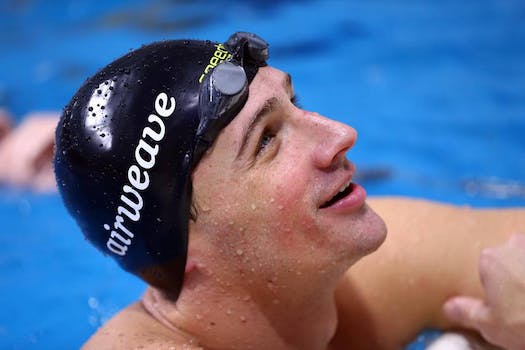 The Olympic swimmer is already back in the U.S., but a Brazilian judge has issued warrant for his return.

On Saturday night, Ryan Lochte, Gunnar Bentz, Jack Conger, Jimmy Feigen and Lochte went out Saturday night to Club France in Rio to celebrate their gold medals. Lochte claims they were robbed at gunpoint afterward when the cab they were in was pulled over by men posing as police officers.

Lochte said he eventually complied and handed over his wallet.

On Sunday morning an International Olympics Committee (IOC) spokesperson initially denied the report of the robbery. The IOC then amended its statement to note that it had no knowledge of the incident.

USOC spokesperson Patrick Sandusky confirmed the report, noting that the taxi was “stopped by individuals posing as armed police officers who demanded the athletes’ money and other personal belongings.”

In the 24 hours since the story broke, much attention has been paid to Lochte’s Snapchat. There, he chronicled most of the evening, detailing their shoes with a snap captioned “6k deep”—an apparent reference to the cost of the group’s shoes combined. 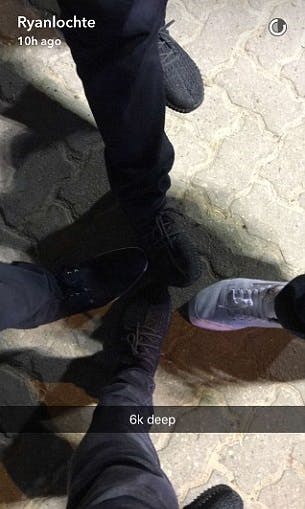 The Daily Mail used Lochte’s social media posts to blame him for the robbery, writing:

Daily Mail Online can reveal the star has made questionable decisions about his personal safety already at the Games.

Lochte was pictured Friday night in our exclusive photos walking alone and without security from the Athlete’s Village to a nearby hotel to visit his Playboy model girlfriend, Kayla Rae Reid.

The star was wearing a baseball cap and trying to keep a low profile as he used a side entrance before walking across poorly lit wasteland.

But he could be easily identified by his Team USA tracksuit and, when he removed the cap, his shock of silvery-blue hair.
He was also clutching a bag that is believed to have contained the Olympic gold medal which he won earlier this week in the 4x200m freestyle relay.

But most of Lochte’s supporters were positive, noting with excitement that the 12-time gold medalist plans to attend the 2020 games in Tokyo.

A classy statement after a frightening, dangerous situation and inappropriate initial response by the IOC. #lochtenation

Update 7:12am CT, Aug. 18: Lochte’s robbery claims have since been called into question. A Brazilian judge has issued a search and seizure warrant for Feigen and Lochte, who returned to the states Monday. Conger and Bentz were reportedly removed from their flight back to the United States by Brazilian authorities on Wednesday night. The swimmers still in Brazil will be able to leave pending testimony. We’ve updated this story and the headline accordingly.

Update 10:03am CT, Aug. 18: A Brazilian police source has told ABC News that “one of the swimmers was seen on CCTV footage breaking down the door to the bathroom at the gas station and fighting with a security guard” on the night of the incident. We’ll continue to update as more details are released.

Update 12:43pm CT, Aug. 18: According to Brazilian officials, Lochte’s tale of being robbed at gunpoint is a lie.