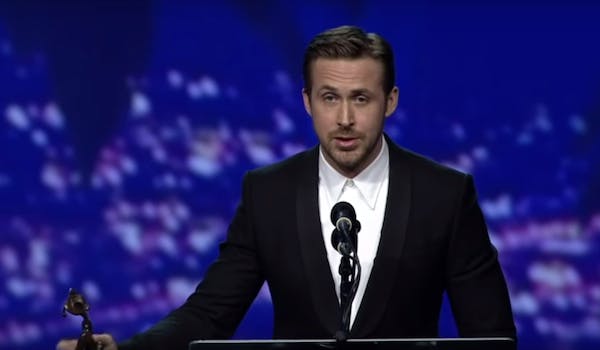 'She was an inspiration to us every day.'

At the Palm Springs International Film Festival awards ceremony, the La La Land actor thanked Reynolds, who passed away Dec. 28, for inspiring the crew, explaining that they watched the musical Singin’ in the Rain “every day.”

Reynolds’s granddaughter, Billie Lourd, also posted a tribute to both Reynolds and her mother Carrie Fisher, who too passed away last week.