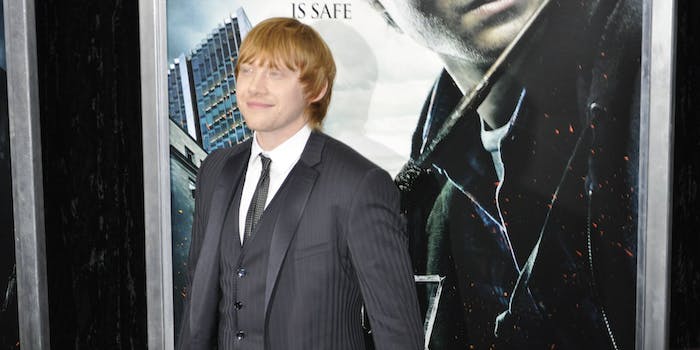 Harry Potter’s Rupert Grint is making the jump to streaming to star and executive produce a TV adaptation of Guy Ritchie’s Snatch for Crackle.

The original 2000 film starred Jason Statham and Brad Pitt and gained a cult following. The series, which was first announced in April, won’t be a straight adaptation—just one with a similar premise. According to Deadline, the series will follow a bunch of 20-somethings who are thrust into London’s underworld after finding a truck of stolen gold.

Grint will play a con man, Charlie Cavendish, while Fear the Walking Dead’s Dougray Scott will play Vic Hill, a prisoner still trying to play the game while Wicked City’s Ed Westwick will play Sonny Castillo, a nightclub owner who will be a recurring character.

Like streaming rivals Netflix, Hulu, and Amazon Studios, Crackle is looking to get into the original content business. Last year it debuted SuperMansion, an animated series starring Bryan Cranston, and StartUp will debut next month.

Production on the 10-episode season will begin next week and Snatch will debut on Crackle in 2017.