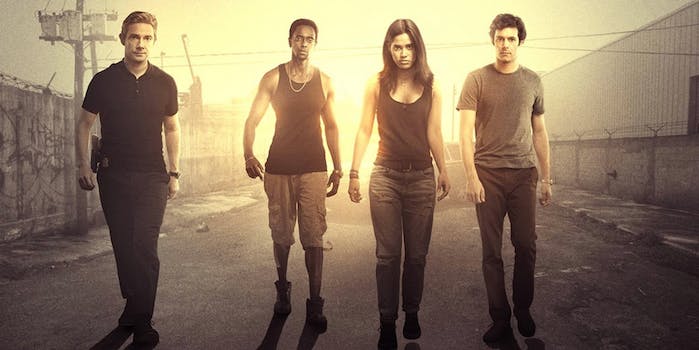 While Crackle is perhaps best known for the show in which Jerry Seinfeld gets to drive around in expensive cars, it’s started to open up more original programming in an effort to stand out in an increasingly crowded landscape. Today it teased the premiere date of its latest scripted show, StartUp.

The one-hour series, which debuts Sept. 6, stars Martin Freeman (The Office, Sherlock) as FBI agent Phil Rask and Adam Brody (The O.C.) as a Miami financier who invests in a tech startup in order to hide some dirty money. Otmara Marrero plays Izzy Morales, the woman who launches the startup and proposes Gencoin, a new kind of untraceable digital currency. Edi Gathegi is Ronald Dacey, a member of a Haitian gang. Fans of Mr. Robot will likely find some thematic crossover here.

Last year, Crackle debuted its animated series SuperMansion, starring Bryan Cranston, and drama The Art of More. In April, it was announced the platform would adapt Guy Ritchie’s film Snatch to series.