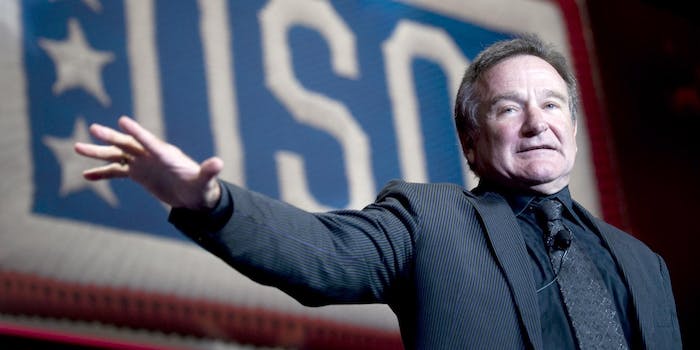 The actor was found in his California home at 11:55 am local time.

Actor Robin Williams was found dead in his home in Tiburon, Calif., Monday, according to local officials.

The cause of death is not official yet, but according to a memo released by Marin County Sheriff’s Department Assistant Chief Deputy Coroner Lt. Keith Boyd, it is thought to be suicide by asphyxiation. Williams turned 63 on July 21.

The beloved actor was perhaps best known for his roles in Good Will Hunting, Flubber, Mrs. Doubtfire, and Dead Poets Society. He was also the iconic voice of Genie in Disney’s Aladdin, and an idol to stand-up comedians everywhere.

The new of his death spread rapidly on social media, where many hoped for another fake claim.

I hope this news about Robin Williams is fake. I’m about to shed some tears real life !

I really, really hope the news about robin williams is fake…

As reports continued to spread, fellow celebrities and fans alike paid their respects.

Robin Williams was an actor without compare. I can’t believe he is gone…#RIPRobinWilliams

Oh Jesus I am crushed to hear about Robin Williams’ passing. So fucking sad and surreal. Just awful.

Williams was last seen alive in his Tiburon home, where he lives with his wife, last night around 10 pm. Police responded to a 9-1-1 call at 11:55 am, and Williams was pronounced dead on the scene at 12:02 pm. An autopsy is scheduled for Tuesday.