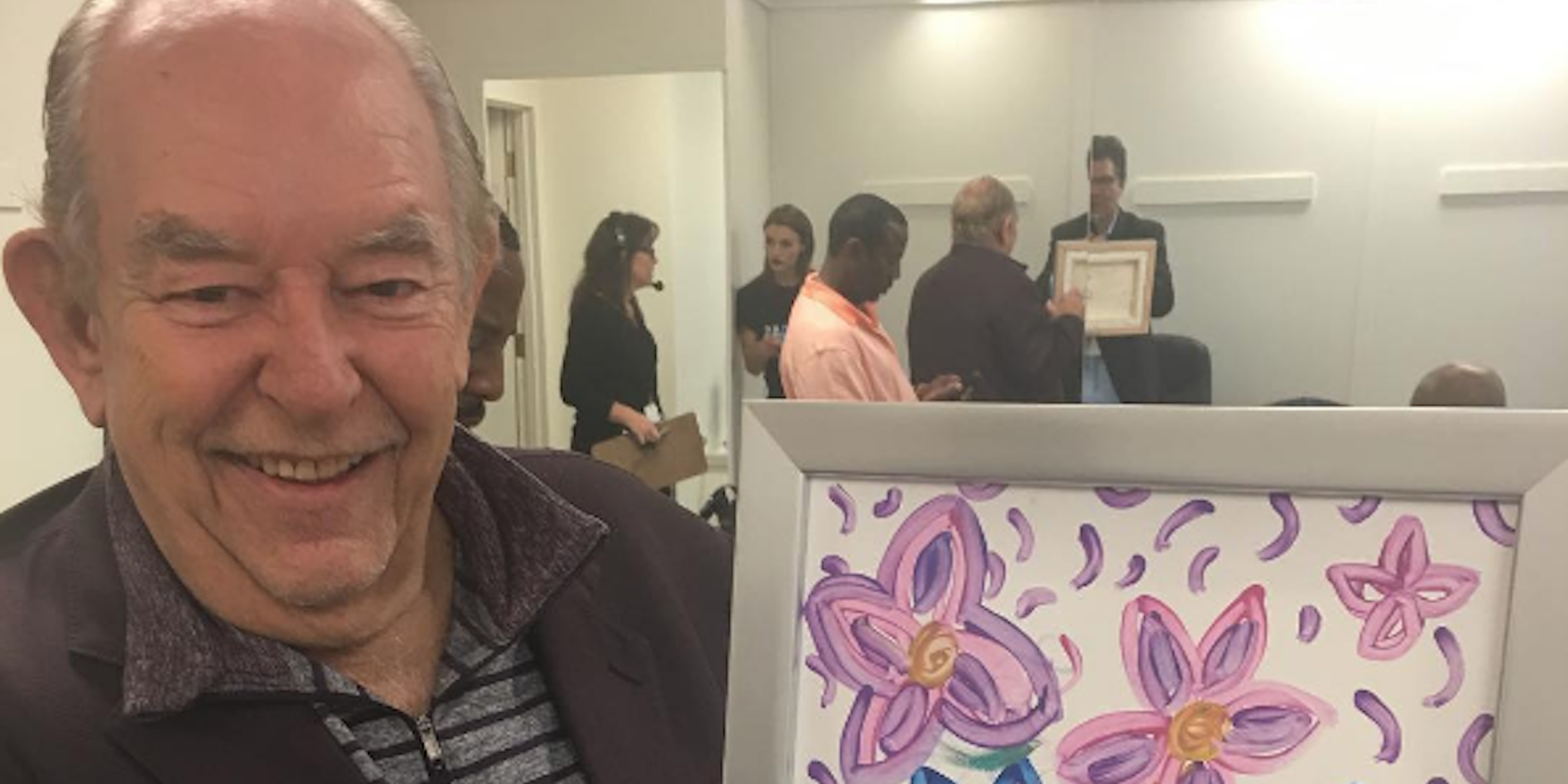 All proceeds are going to Las Vegas relief.

One of the newest works of great American art has found a home with former Lifestyles of the Rich and the Famous host Robin Leach, after an auction to benefit victims of the Las Vegas massacre.

Back in October, Britney Spears went viral after posting a video of herself casually painting pink and purple flowers to Mozart. The clip raised some questions: Why flowers? Why that outfit? But it also reminded us: Britney is one of the greats at not taking herself too seriously.

It turns out Spears donated her masterpiece to Vegas Cares, an auction to benefit the victims of the Las Vegas massacre, which left 58 people dead and more than 500 injured on Oct. 1. Spears was able to raise $10,000 for the charity thanks to the winning bidder, Leach, who apparently auctioned the painting off to himself.

The benefit was held at The Venetian and reportedly featured performances from Jewel, the Blue Man Group, David Copperfield, and Penn and Teller, among others.

“I’m so proud to call Vegas my second home and I’m pleased to participate in this Vegas Cares show,” Spears reportedly said in a video message that aired during the benefit. “The flowers in my painting represent a new beginning, and it’s in that spirit that we move forward.”