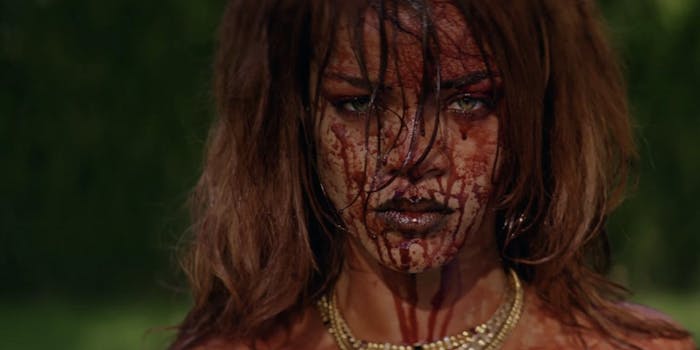 Well when you put it that way…

In the artist’s new music video for single “Bitch Better Have My Money” (BBHMM), her character lugs a wealthy woman off in a trunk for bizarre, Weekend at Bernie’s–esque adventures before returning to the scene of the crime and getting the ultimate vengeance on an accountant character played by Mads Mikkelsen (Hannibal).

She ends the video naked, bloodstained from head to toe, and lounging on an unholy pile of money; we’ll let the preceding seven minutes speak for themselves.

Any questions? We didn’t think so.