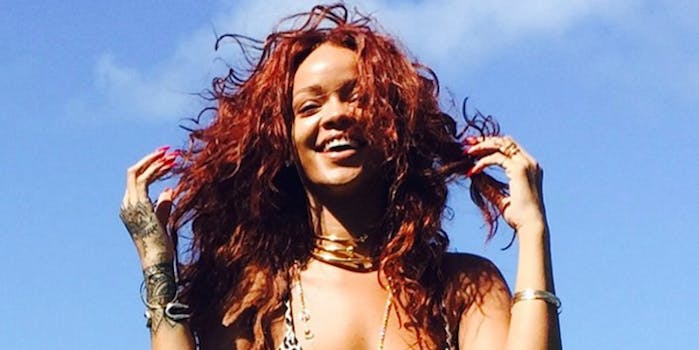 Rihanna hands microphone to fan and he blows her mind

Just goes to show you: keep your vocal cords warmed up.

When a microphone gets held out to an audience member during a concert it’s usually not a good thing, but one fan at a recent Rihanna show took advantage of his moment in the spotlight.

Rih gave a man in the front row the opportunity of a lifetime by handing him her mic during the chorus of “Four, Five Seconds,” and he seriously delivered.

The look on her face when she hears his voice truly says it all.

Fans on Twitter are pointing out that the moment has an equally-awesome Beyonce counterpart, where an audience member was given the mic and changed some lyrics to, “Beyonce I can see your halo.”

It just goes to show you: keep your vocal cords warmed up when in the presence of your idols.