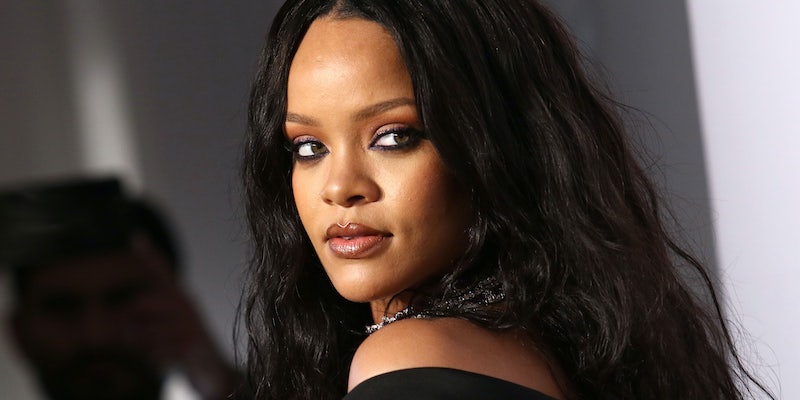 Rihanna burns Diplo’s music: ‘Sounds like a reggae song at an airport’

The queen knows what she likes.

GQ ran a lengthy interview with the most famous member of Major Lazer, Diplo, this week, but you only really need to read one section. Things pick up right at the end when he mentions another celebrity: Rihanna.

It turns out music producer has tried hard to collaborate with the Barbadian singer over the years, but she isn’t a huge fan of his work. He explained their relationship to the magazine:

So how do you get something to Rihanna?
I just want her on a Major Lazer song. She’s like the one artist that we can’t ever get.

Rihanna and Major Lazer seem well aligned.
I think before we’re all done, she’ll be on a song of ours. Hopefully. But if not, I don’t really care. I played her “Lean On.” She was like, I don’t do house music. I face-palmed so hard on that one. Another time I had a session with her, and Future was also invited. The Weeknd was there. Metro Boomin was there before anybody knew who he was. I was so contact high. Future played her, like, 700 songs. It was four in the morning. Finally, I was like, Yo, G, I’m leaving unless you let me play her a song. So I played her a song. And she was like, This sounds like a reggae song at an airport. [laughs] I was like, I’m gonna go kill myself.

For Rihanna’s part, it seems like the insult wasn’t intentional, though. She just… didn’t like the beat. She hopped on Instagram Tuesday evening to let the producer know that there are no hard feelings.

“#DutyFree 😂😂😂 My bad” she captioned a screenshot of the pair.

Queen of everything tbh.