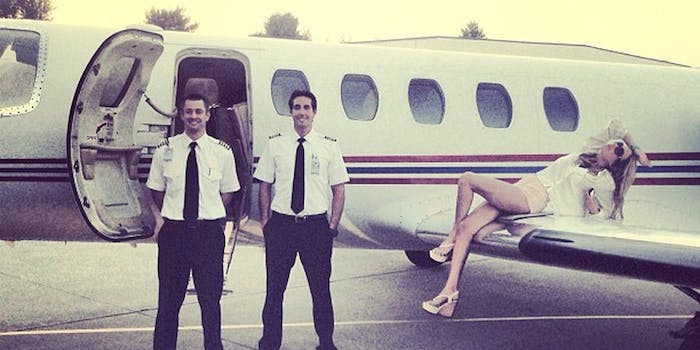 That Rich Kids of Instagram Tumblr inspired a reality show

As soon as we spot a Kardashian guest star, we’re sawing off the state of California.

We use Instagram to show ourselves in the best possible light (or fake it with filters). We put our beautiful faces front and center and put a blur on everything else. Then we refresh our feeds over and over to count the likes on our selfies. It’s pure narcissism. So a reality show based on the opulence of Instagram’s flashiest douchebags is the televised tripe we deserve.

E! is developing a series called Rich Kids of Beverly Hills, described by Deadline as “a new unscripted series that revolves around a group of 20-something friends living in a world of extreme wealth who caught notice on Instagram.”

It’s just what the world needed: another outlet for noxious young people to become famous for already being rich. It’ll be lovely to see an in-depth look at a bunch of wealthy 20-somethings based on those showcased on the Rich Kids of Instagram Tumblr that went viral last year.

Neither reality shows nor Instagram pics portray their subjects honestly. You never know—the two might be a great fit. A scripted docudrama about social networking could make for a better hate-watch than The Newsroom. But as soon as we spot a Kardashian guest star, we’re sawing off the state of California.

H/T The Atlantic | Photo via alyssaramos44/Instagram