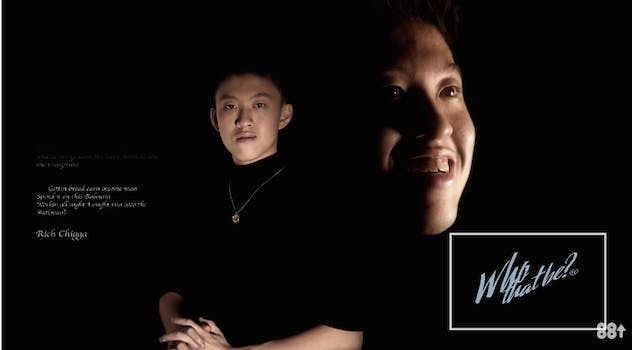 Rich Chigga is back, and you better keep an eye on him

Don't blink, or he will first.

Earlier this year when a skinny Indonesian kid wearing a salmon polo shirt and a fanny pack dropped a rap track called “Dat $tick” on YouTube, we couldn’t tell if he was joking or dead serious. Now that he’s released a new song, we have to assume it’s the latter—although there’s clearly a hint of trolling in the video’s high school profile pic aesthetic.

The lyrics fall into line with typical hip-hop sentiment, talking about rolling with a crew and spending money with reckless abandon. While the beat is simple, it’s got a deep groove that makes it easy to imagine it pumping out of car speakers on a cruise after dark. (Top down, of course.)

The video is not listed on the rapper’s YouTube channel under his real name, Brian Imanuel, but instead on the channel of media company 88 Rising, which hosts a variety of Asia-centric content. One of the most notable videos is “Cooking with Brian,” which shows a decidedly different side of the rapper’s persona. Is this really the same kid rapping about pussy and bitches?

Whether the new track will see the same viral success as “Dat $tick’s” 10 million views remains to be seen, but Imanuel’s Twitter is worth following in the meantime to see him challenging masculinity ideals as well as the myth that only black artists can make great hip-hop.

i hav pink eyelashes on wat the fuck u know about masculinity Bitch i am secure. pic.twitter.com/7kcv3iv0tC