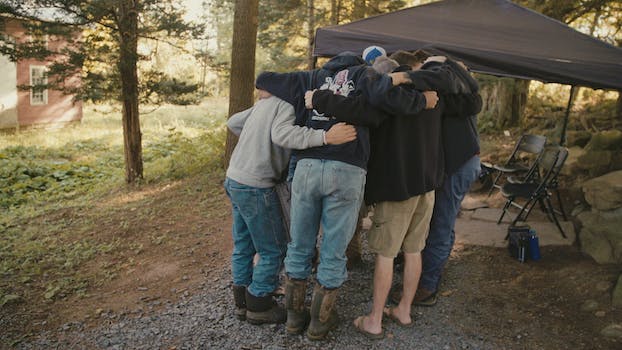 The Netflix documentary is a gut punch.

Opioid abuse, specifically in the Appalachian region of the United States, has exploded over the last decade, destroying entire communities in a comparable fashion to the crack-cocaine epidemic of the ’80s. In fact, the similarities in development, cause, and hazardous effect are striking.

Netflix’s latest documentary on the ongoing crisis, Elaine McMillion Sheldon’s Recovery Boys, possesses gut-felt moments that accomplish a few of its primary missions: Showing the futility of trying to halt the vicious cycle of generational trauma, and doing so in an 18-month journey without turning overly, unnecessarily sentimental.

The film tells stories of four men at various stages of recovery, learning to parse out their emotional baggage at the Jacob’s Ladder rehabilitation program. Each exists in a varying state of world-weariness. In a change, Sheldon steers away from the well-tread, poverty-stricken, trailer-park visions of rural addicts. She focuses Recovery Boys on working-class males—a demographic often forgotten or overlooked in the crisis.

Jacob’s Ladder, Dr. Ken Blankenship’s holistic recovery facility, fuses a farming program with traditional therapy, meditation, and culture. As one would expect with the mundaneness of sobriety and obvious thoughts of unworthiness, outcomes differ. Honestly but never honest with himself, Rush contends with depression. Adam lapses back into his old ways. The amiable Jeff finds himself on the run from the law and back at the program. Ryan cleans up and becomes a counselor himself.

While Sheldon, the Peabody Award-winner and Oscar nominee for Heroin(e), captures the intimate look at the struggle, the viewer could be left with the feeling that the core issues actually aren’t being addressed in the macro—which happens too often in too many documentaries.

Make no mistake, the film has significant heft as is, accomplished without exaggeration and putting additional faces onto oft-stereotyped members of America, making them multi-faceted men and bursting through backwoods hillbilly convention. The immediate social impression of Recovery Boys is tremendous.

However, where Recovery Boys falls short of what it could be is that though it serves a demo that requires attention, especially in the current political climate, it only glazes over the root cause. Once again, similar to the crack epidemic that would significantly set back Black progress, America’s institutions and the pursuit of capital have actively left these men behind. All the same, the weight of the film is crushing.