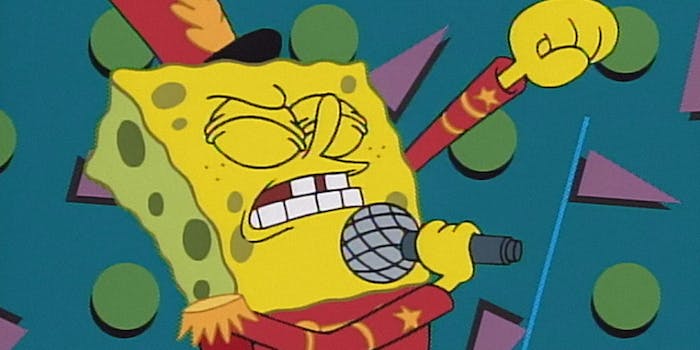 Every Radiohead album can be described with Spongebob memes

A Spongebob-themed Radiohead album can't be far behind.

Spongebob memes have taken many forms online, and seem to be a template for conveying almost any emotion. They are multipurpose enough that it can even be applied Radiohead albums.

Each Radiohead album described with Spongebob https://t.co/mCCuQLd0TR is perfect in so many ways….

Fans responded to Greenwood’s tweet with their own memes, many of them involving his ass crack for some reason.