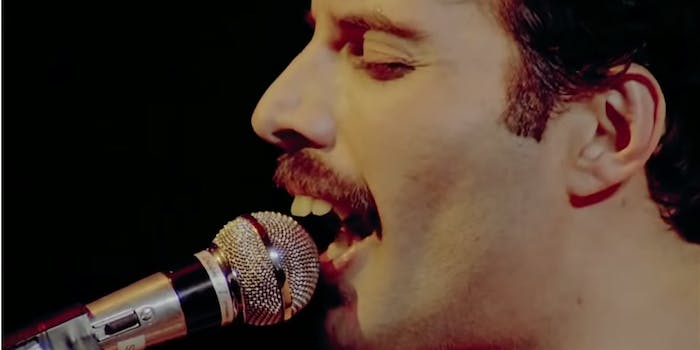 It's been a year of reacting to the classic rock song.

On YouTube, you can find countless of videos of people reacting to Queen’s “Bohemian Rhapsody.” Many are watching (allegedly) for the first time, which seems unbelievable because the song feels timeless. In the ’90s, it was immortalized in Wayne’s World, and this year’s Queen biopic Bohemian Rhapsody helped open it up to a new audience, making it the most-streamed song from the 20th century.

The 1975 single just surpassed 1.6 billion streams, according to Universal Music Group, pushing past Nirvana’s “Smells Like Teen Spirit” and two Guns N’ Roses tracks. The video on Queen’s official YouTube channel has more than 750 million views. According to Google, it was the top trending song of 2018.

Thank YOU for making #BohemianRhapsody the top trending song of 2018@Google #yearinsearch pic.twitter.com/1bsVPaOYYq