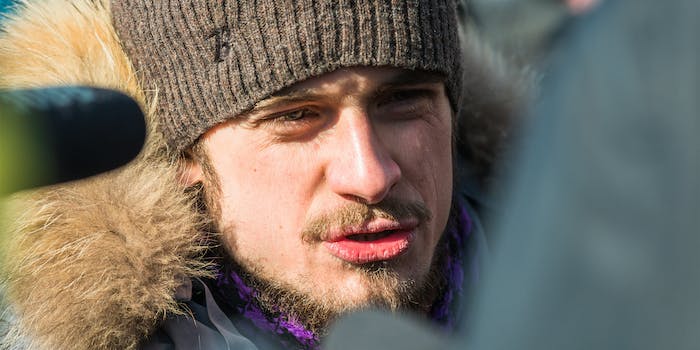 Pyotr Verzilov was previously jailed for running onto the field during the World Cup.

Pussy Riot‘s Pyotr Verzilov has been hospitalized, and doctors now believe he may have been poisoned with a “neurotransmitter-blocking medicine.”

Verzilov, a member of the Russian activist collective Pussy Riot and publisher of independent media site Mediazona, which was co-founded by Pussy Riot’s Maria Alyokhina and Nadezhda Tolokonnikova, was admitted to a Moscow hospital on Sept. 11, after his speech, vision, and mobility started failing.

According to his partner, Veronika Nikulshina, who is also a member of Pussy Riot, he started feeling ill on Tuesday night. Nikulshina and a friend were detained after a traffic stop over the weekend, and reports claim Verzilov was also arrested, though outside his home. Nikulshina and Verzilov were previously jailed after rushing the field during the World Cup to protest police brutality and human rights abuses.