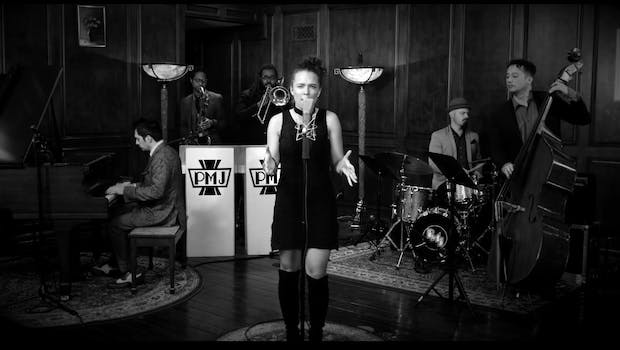 Listen to the sultriest Metallica cover ever recorded, thanks to Postmodern Jukebox

'Couldn't be much more from the heart.'

Metallica’s “Nothing Else Matters” is a classic song from the thrash-turned-pop metal act, and to singer James Hetfield, it felt at the time of its 1991 release that it was the least Metallica song that could be recorded. Hetfield was on tour when he wrote the song, and it was basically just a way for him to emote his sadness about being away from home.

But when “Nothing Else Matters” is sung by 15-year-old Carolina Baran for Postmodern Jukebox, the song takes on a sultry, jazzy feel that actually sounds fantastic. It doesn’t sound like a mournful melody. It sounds like a celebration of all that could be, and through it all, it still sounds metal as hell.

Listen to her take that transforms song from an early 1990s radio hit to a tune that wouldn’t feel out of place at a local speakeasy during Prohibition.

As we’ve seen when covering Metallica songs, whether you’re randomly in a grocery store with the band or watching three tweens deliver a blistering version of “Enter Sandman,” any kind of style is appropriate. But when you can scat the lyrics while backed by a horn section, a piano, and an upright bass, that might be the best style of all.