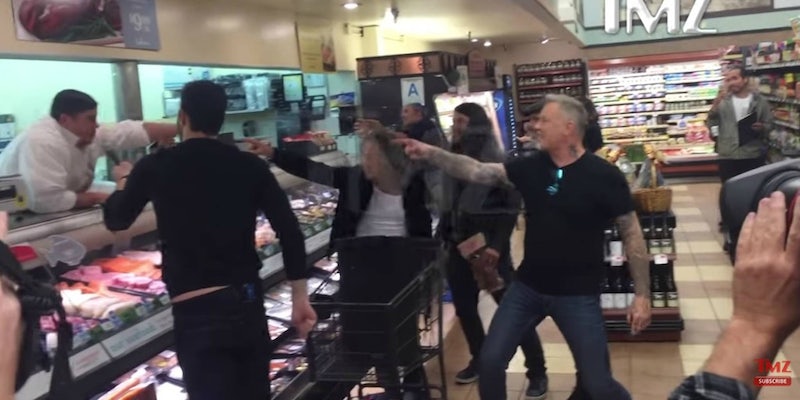 Metallica’s newest album, Hardwired … To Self-Destruct, has received plenty of favorable reviews, and after 35 years in the metal music business, the band is looking to expand its reach.

The thrash band recently rocked out to “Enter Sandman” on kids toys while on the Tonight Show, and this week, the quartet rocked out in a grocery store.

Take a look and listen.

That’s Billy Eichner, from Billy on the Street and Parks and Recreation, holding the mic to the face of the dude working in the meat department. And the butcher put on such a scintillating performance in front of Metallica that it allowed another customer to work undetected.

But if this video teaches us one thing, it’s to know this: Even lead singer James Hetfield looks silly while playing air guitar.