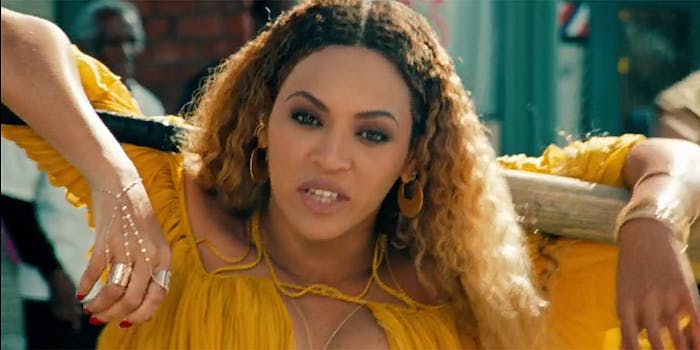 In the wake of Pokémon Go’s instant popularity, players quickly came to a general consensus about where we should (and shouldn’t) play the game. But we might want to add concerts to that list after one attendee spotted another playing during a Beyoncé show.

During Beyoncé’s stop at Stade de France just north of Paris on Thursday, Anand Desai-Barochia noticed someone at the concert close to the stage had Pokémon Go booted up on her phone as Beyoncé performed in front of her. Most concerts these days include people holding smartphones capturing every moment of a concert, but augmented reality is something else altogether.

Pokémon Go may boast rare Pokémon, but catching one at a Beyoncé concert might be the rarest of them all. Just maybe put down the phone afterward—or switch apps.