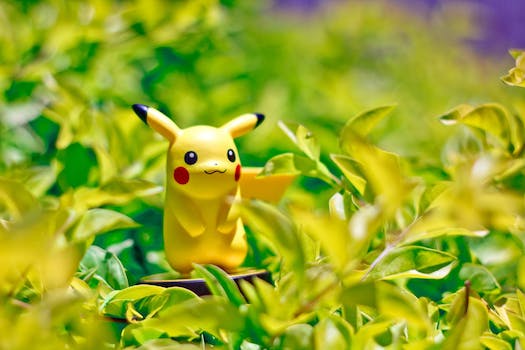 It’s time to talk about manners and Pokémon Go

Just use some common sense please.

So Pokémon Go is clearly taking over the world. It’s on more Android phones than Tinder and it’s about to blast past active users on Twitter.

But guys, seriously, we need to talk about etiquette. People are Pokémon Go-ing their way out of jobs and into dangerous territory. They’re finding bodies playing the game. This is getting out of hand.

Here’s your definitive guide of the do’s and don’ts of Pokémon Go so you can remain a functioning member of society.

Play at a serious event

Funerals, family dinners with your grandmother, a tour of the Holocaust museum, etc. Some situations just demand your full attention. If you’re in a situation where you’d normally be off your phone then you should continue to be off your phone.

Like, for example, while your wife is in labor.

Be aware of your state’s cellphone and driving laws, since you may even be subject to a fine if you play at a red light.

If you have to grab that Snorlax, pull over first. Be sure to watch for cyclists and pedestrians.

Play on a college campus (apparently)

According to one redditor’s post, campus security kicked people off campus if they were playing Pokémon Go after two people used the game as an excuse for attempting to break into a building.

Which leads me to my next one…

Break into a building

Just because that Pikachu is super hard to pass up does not make it OK to break into a building. Whether it’s someone’s home, a campus laboratory, or the friggin’ White House, maybe just let that Pikachu go.

Look, someone already lost his freaking job and maybe ended his career for a Zubat. If you are in an area where security is tight and you’re not allowed to use your phone, just put the phone down. Same goes for movie theaters. Don’t be that guy.

Play while talking to a service worker

For those of use who have worked at a restaurant or shop, there is nothing more irritating than waiting for someone to get off their phone to order their food or pay for their T-shirt. If you’re ordering your coffee, drink, or otherwise trying to interact with someone who is paid to serve you, put the phone down for two seconds and just interact with another human. You can pick the phone back up after you’ve ordered and grab that Charmander on top of the coffee grinder.

Also, be sure to patronize the business if you bust in to grab a critter.

Use a drone to find Pokémon

We’ve been over this. While technically there’s nothing illegal about using a drone to augment your augmented-reality gaming experience, other players regard it as cheating.

If you’re dying to catch the Pokémon in someone’s back yard, maybe ask them before just going for it.

Also sometimes you can catch Pokémon near someone’s private property without actually having to go on it.

Watch out for IRL dangers

The non-augmented reality is full of dangers. Keep your wits about you because opportunistic criminals or predatory animals might just be looking for that moron too busy staring at his phone to realize that he might be wandering into a snake/alligator/rabid squirrel’s territory.

People are apparently so unused to walking around that sore, tired legs are a problem for Pokémon Go users. Some are complaining their legs are sore from all the exercise. So maybe take a rest, drink plenty of water, wear sensible shoes, and stretch after your marathon strolling session.