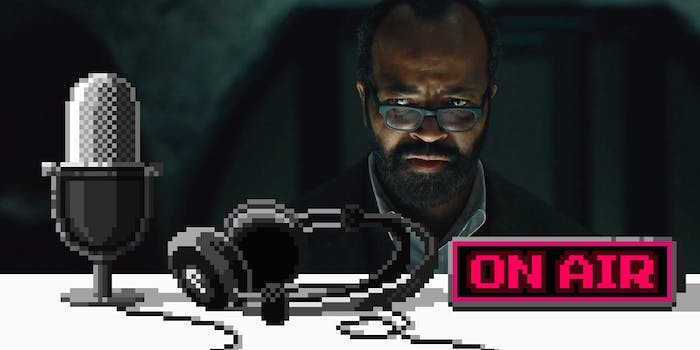 Episode 4 gives us a riddle within a riddle.

In “The Riddle of the Sphinx,” Westworld finally reveals Delos’ end game and brings up the question of immortality. But that question brings up more questions, of course.

Still, the Lisa Joy-directed episode 4 gives us more to work with than the rest of season 2. We see James Delos’ fate, but we’re still not sure who else’s DNA might have been sampled or where it went. Elsie (Shannon Woodward) is back, and she and Bernard enter a facility where new builds are happening and there are definitely some bad, murderous vibes, but Bernard says everything’s fine! We still don’t know what William (Ed Harris) wants, but we see a glimmer of empathy—and a big reveal.

Is this now? Join us as we try to figure it out.