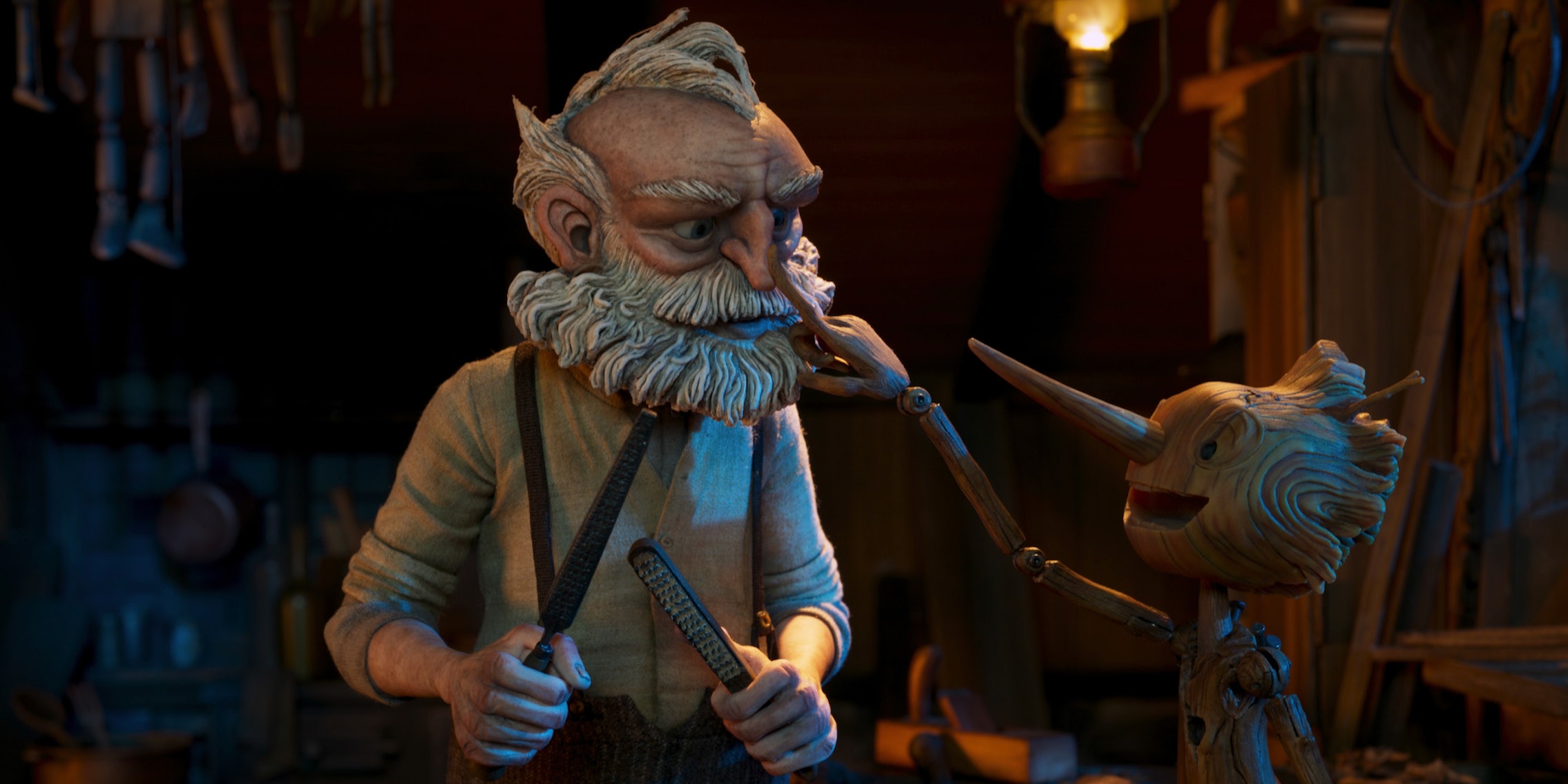 It’s not your childhood Pinocchio.

Even in a landscape where we’re adapting the same few stories repeatedly, three Pinocchio adaptations in one year is a bit much.

First, there was a widely mocked animated Russian dub starring Pauly Shore that became a TikTok meme. Then, in September, Disney+ released one of its “live-action remakes” with Tom Hanks as Geppetto that leaned heavily into copying the original. And later this week, Netflix is debuting its take on the story. It’s a stop-motion animation tour de force from directors Guillermo del Toro and Mark Gustafson that showcases the craftsmanship that encompasses animation’s best. (It’s also screening in select theaters, which is how I watched it last week.)

Much of Pinocchio is familiar to anyone who’s ever watched any iteration of it: In a state of drunken grief, Geppetto (David Bradley) builds Pinocchio (Gregory Mann), a puppet who’s brought to life while a cricket (Ewan McGregor) is tasked with keeping Pinocchio safe as he joins the circus, gets swallowed by a whale, and learns the hard way what happens when he lies.

It’s not your childhood Pinocchio. Del Toro’s beautiful quirkiness is on full display in the design of its supernatural elements, and even Pinocchio’s look harkens to something monstrous. But like so many of del Toro’s movies—whether it’s his masterpiece Pan’s Labyrinth or recent films like The Shape of Water and Nightmare Alley—in reality, men are the real monsters. Del Toro set his iteration of Pinocchio in fascist Italy, positioning a fascist official (Ron Perlman) who wants to whittle Pinocchio into a subservient soldier, as much of a threat to Pinocchio’s moral compass as the circus ringleader (Christoph Waltz) who takes advantage of him.

Throughout much of the entertainment industry, whether it’s at the Oscars or it comes from the mouth of Disney’s former CEO, is the notion that animation is for kids and adults tolerate them (and they’re lesser than live-action). It shouldn’t feel like a shock to the system when people like Phil Lord and Chris Miller (who produced Into the Spider-Verse and The Mitchells vs. the Machines) or Up director Lee Unkrich correctly insist otherwise. And awards season is just beginning, but having one of the world’s best working directors in animation’s corner speaking to the massive team effort to bring it to life already feels like a win.